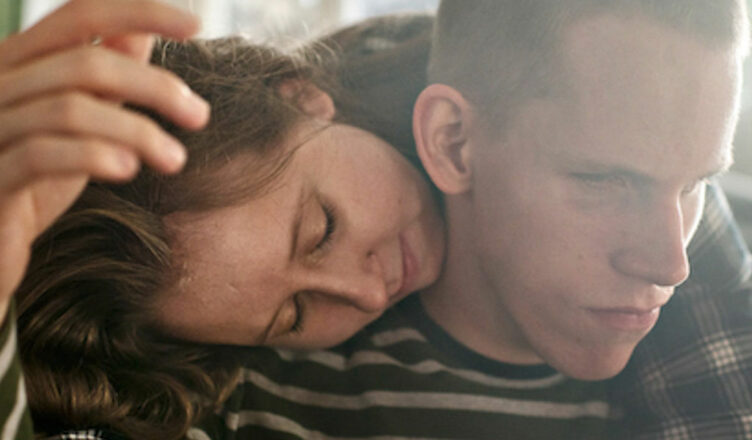 Sibling bonding: The realities of full-time caring are revealed in ‘He’s My Brother’.

As everybody knows by now, 2021’s Melbourne International Film Festival has again been Covid-compromised by a sudden seven-day shutdown that happened to be called on the very day MIFF opened.

Still, cineastes have proved themselves a sturdy, determined lot and will hopefully navigate the shifting sands on which the MIFF schedule now sits.

As luck would have it the first four MIFF films available for preview turned out to be outstanding documentaries. What are the odds? Please catch them if you can.

HE’S MY BROTHER **** (75 minutes)
The commitment and unconditional love required to provide constant care for a severely disabled individual underscores the story of Peter Hanberg.

Born blind and deaf, he is looked after by his parents and his younger sister Christine, an astonishingly dedicated woman who has watched over him and out for him since she was a toddler.

The practical difficulties, emotional strain and life-long compromises involved in caring for Peter are brought into vivid relief as we journey with Christine and her mother Jonna (we also see a little of her father Jorgen) as they strain to secure support and relief from the government. Perhaps unsurprisingly, the responses they get run counter to the warm image we have of Scandinavian society.

Challenging as it was looking after Peter as a child and teenager, raw footage highlights just how more difficult it is dealing with him as a strong 30-year old man.

The film serves as a quietly powerful testament to devotion, patience and stamina of such a life, the realities of which involve a constant state of stress peppered by occasional, visibly priceless moments of pure love and real joy.

HOPPER/WELLES **** (130 minutes)
“You’re the first person to call me a leftist since John Wayne,” quips Dennis Hopper in one of scores of quotable quotes sprinkled throughout his engrossing, revealing fireside chat with legendary, though definitely post-prime director Orson Welles.

The intimate, dimly lit meeting was filmed in 1970 while Hollywood was still trying to make sense of the shock success of Easy Rider.

It was a very special, very brief time in Dennis Hopper’s career when he was regarded as the next big thing in filmmaking. That promise would be negated once his new film The Last Movie was released, but until then he still had everyone’s ear, and Welles is here eager to drill into the thoughts bouncing around under Hopper’s signature cowboy hat.

Filmed in black-and-white with several cameras and microphones, Hopper is centre-frame the entire time while Welles remains off-camera, unlike his crew who step in with clapper boards when the film magazines are changed.

After some fairly dull rambling early on, the conversation soon settles and finds purchase on a host of substantive topics: the redneck reactions to Easy Rider; the power of editing; Italian films; hopes for a black president; unionized movie crews; obligations to audiences; fabricated articles; Hopper’s horrible childhood; his violent tendencies; his unhealthy attraction to his “hot” mother; his sexuality – “I’m not a queer but I am a lesbian!” – and Henry Fonda’s hatred of him.

It’s an absorbing verbal odyssey that meanders its way to the chief topic on the agenda, being the need for New Cinema to ignite the changes needed for revolution in America.

Yet Hopper has a policy of not talking politics, something that provides no end of frustration for Welles. It’s a prickly, deeply amusing confrontation that provides a meaty payoff to this meeting of two dedicated movie minds.

Welles intended to use footage from their conversation for his film The Other Side of the Wind, a Hollywood satire that wasn’t completed until 2014, some 29 years after his death. Hence, the references to him as “Jake” pertain to the film’s lead character Jake Hannaford, eventually played by John Huston.

POLY STYRENE: I AM A CLICHE **** (96 minutes)
Playing off its playfully ironic title, Poly Styrene: I Am a Cliche is an exuberant, percipient, bitter-sweet muso-bio that follows Celeste Bell as she rummages through the unsorted archives of clippings, photos and old music magazines to assemble a warts-and-all portrait of her mother Marianne Elliott-Said, better known as pioneering proto-feminist punk musician and songwriter Poly Styrene.

Her band X-Ray Spex tore its own path through the tumultuous British music scene of the 1970s until eventually coming off the rails as Poly struggled with success, fame and the grand lack of fortune that accompanied it.

Though flashy and fabulously edited, it is an ultimately sad tale about a spirited soul, a prolific wordsmith and commentator.

She raged about the commodification and fakery swirling around her, with a life-changing visit to New York both enthralling her and confirming her most sardonic views about consumer culture.

As archival performance and interview footage makes clear, Poly proved a potent presence on any stage, happy to flout expectations of beauty with prominent braces on her teeth and a brash fashion sense that, in the true punk spirit, played to nobody’s tastes but her own.

Replete with audio-only interviews with many of the main players in her life, the film was co-directed by Bell (with Paul Sng), who perhaps indulges a few too many shots of her looking pensive as she walks us through her remarkable mother’s bumpy life.

By-and-large, though, Bell does a splendid job examining the highs and prolonged lows of Poly’s career and life, and how she fit into it.

The film achieves its aim of shining a long-denied light on a neglected chapter of punk music history.

It’s a noble act of pop cultural redress through film that proves far more entertaining, concise and poignant that the bloated, massively overrated The Sparks Brothers.

Accompanied by her loving son James and with a clearly infatuated Habicht heard off-camera, we witness Isey’s sharp tongue and love of life, her articulate, no-nonsense utterances proving how time has not diminished her mental capacity one bit. She even shares her key to longevity, which will no doubt delight most people.

Ably manning the camera himself, Habicht (credited as cinematographer) is a devotee of well-judged counterpoint, often laying voiceover with seemingly unrelated images, usually to memorable effect.

He is also a lover of long takes where the camera remains locked onto one event, whether its the performance of a formal Maori ritual or, most amusingly, the opening of a box.

A conversational, non-confrontational interviewing style probes Isey and James about the importance of religion, their language preferences and their attitude to colonization. It proves most interesting, given how it challenges the presiding adversarial model.

Without stridency or undue emphasis, the film seems sprinkled with subtle life lessons; some are verbalized, others are implicit with Habicht careful not to disrupt the gentle tone of the film with anything as crass as an explicit message. As is common in his work, Habicht has fashioned the film as a conversation with the viewer, and it works beautifully.