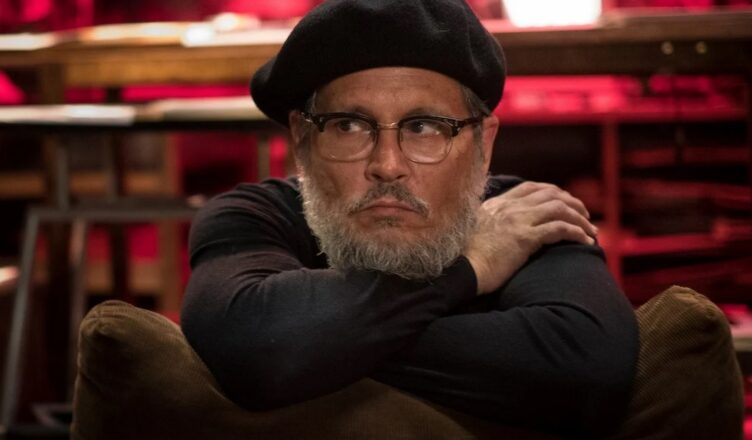 MINAMATA **1/2 (115 minutes) MA
So soon after Crisis comes another easily-digested tale of corporate malfeasance, and it’s not too bad, if a tad strained and melodramatic.

Based on real events and set in the early 1970s, a bearded Johnny Depp plays William Eugene Smith, a post-prime photojournalist for Life magazine who is convinced to leave New York and travel to Japan to document the effects of industrial pollution on the fishing village of Minamata.

A plant owned by the chemical giant Chisso has been spewing mercury into the sea, poisoning the fish and resulting in deformities amongst the villagers.

Smith has his own problems, chiefly with alcohol and with proving to his editor (a well-accented Bill Nighy) that he is not the wash-out he appears to be and that his instinct for a powerful photo essay are as good as they were when he was covering World War 2.

Channelling his turns as Jack Sparrow and Hunter S Thompson, Depp puts in one of his low-register, slow-burn performances that improves the further away his character gets from the insouciance of end-of-career indolence.

Director Andrew Levitas delivers some admittedly moving moments when Smith and his activist translator-companion Aileen (Minami Hinase) begin taking the photos that soon became famous, and he does create a strong sense of place with the help of brilliant French cinematographer Benoît Delhomme (Cyclo; The Proposition; A Most Wanted Man).

Regrettably, Levitas has a taste for histrionics and ham-fisted gestures that keeps the piece from being the strong anti-greed message movie obviously intended. Certainly the Chisso plant boss could have been played by a cardboard cut-out.

Based on the book Minamata by Smith and his translator-turned-wife Aileen Mioko Smith, the film’s credits list Depp and Nighy as producers, signalling a project that had more than casting appeal.

Having achieved great success at home, Rehhagel took the offer to coach the team as an enticing challenge to take a bunch of lazy, unmotivated players from the bottom of the soccer pile to all-conquering triumph in 2004.

Conventionally told through talking heads and reels of archival footage, director Christopher André Marks takes us through the remarkable odyssey step by step, with emphasis on the clash of cultures.

Leaning heavily and playfully on national stereotypes, he gets the players and Rehhagel to recount how the first encounter was a clear case of oil and water.

Here was a typical German, disciplined, punctual, frank and all about business having to deal with a bunch of typical Greeks who saw their job as a chore and preferred slacking off. It was a cultural collision exacerbated no end by a language barrier that rendered the coach’s instructions meaningless.

Enter Ioannis Topalidis, a Greek who worked in Germany’s soccer leagues. who acted not just as a translator but, as he patiently explains to the camera, as a mediator between Rehhagel and his Greek charges by modifying the coach’s harsher criticisms with softer words and a more congenial tone.

As the importance of discipline begins rippling through the Greek mindset the team gradually coalesces into a tight playing unit and actually starts winning games and popular support, something they’d not enjoyed in decades.

Crucially, we get a stirring portrait of Rehhagel as a man possessed with both the force of personality to change a team of losers into winners and the wisdom to change himself.

Always a disciplinarian, he is nonetheless flexible and sensible enough to adapt how he communicates with his lads, speaking in terms and with cultural references they understand and, more importantly, emotionally respond to. Seems you can teach an old dog new tricks.

Without wasting any time – look at that tight running time – King Otto quickly shapes up as an inspiring, against-the-odds tale of an odd-couple sports partnership that defied all expectations and thrived on the power of being under-estimated.

The only question left is, how long will it be before somebody has the sense to turn the yarn into a crowd-pleasing movie?

He was a crooked banker with a side gig of laundering money for a local crim, so when Sue unwittingly disposes of a bag of cash the local crim’s daughter (a painfully miscast Awkwafina) goes in pursuit.

So there’s a lot going on and, to its credit, the film’s convoluted plot unfolds quite engagingly for most of the duration.

Unfortunately director Tate Taylor (The Help) can’t generate any comic vibe either from the sullen Janney or the dialled-up turns from his cast, which also includes Regina Hall, Wanda Sykes, Ellen Barkin and Clifton Collins Jr.

With each performer behaving as though they are from a different movie Breaking News in Yuba County is a succession of comic misfires, culminating in a bizarre final-reel abandoning of comedy as the piece suddenly turns into a violent mess with blood everywhere. It’s the cinematic equivalent of raising a white flag and admitting complete comedy failure. (The film Stuber did the same thing.)

It’s worth noting, though, that however off-key Tate Taylor’s direction is here, he was responsible for the excellent, underrated 2014 James Brown biopic Get on Up in which the late Chadwick Boseman gave one of his best performances.

FINAL ACCOUNT ***1/2 (94 minutes) M
A common reaction when hearing horrific tales of Nazi atrocities is to believe how we, if confronted with such circumstances, would boldly stand firm, bravely defying wanton brutality with action driven by the principles of humanity and decency.

It’s a laudable impulse. Still, such comforting thoughts are, in all likelihood, a defense mechanism, a form of denial against the more unsettling and prosaic possibility that we might, instead, just be swept up in the collective mood and just go along with whatever’s going on.

That is certainly the case with some of the participants in Luke Holland’s extraordinary look at those survivors of Nazi Germany who were either observers of Hitler’s horrors or willing participants.

The aged faces on screen, culled from hundreds of interviews conducted over many years, are not what we are used to in Holocaust documentaries. These people weren’t victims, they were soldiers, citizens, accountants and guards, all with blood-curdling stories of what it was like being part of the Master Race.

Some were part of Hitler’s generation of young Germans conditioned to believe in Aryan supremacy, coldly describing the rationale behind the persecution of Jews and the murder of innocent people. One interviewee, a former soldier, speaks casually about the slaughter of a Russian village, his conscience untroubled.

We see the ghostly, memorialised remains of infamous concentration camps – Bergen-Belsen; Dachau; Auschwitz; Sachsenhausen, etc – their Hadean legacies revisited by the assembled participants, one of whom remains a staunch fan of his Fuhrer.

Many telling moments reveal the dark side of human nature. In one extraordinary sequence a woman spouts the common phrase protesting how “we didn’t know” what was happening, only to be immediately countered by another, brazenly stating how such assertions are absurd.

Sadly, Luke Holland died shortly after post-production having spent more than a decade on the project.

In Final Account he has captured a rarely seen side to the Holocaust and the everyday people who helped it happen; with some the guilt and shame of what they did are things they don’t want to take to the grave.

With others, there is neither.