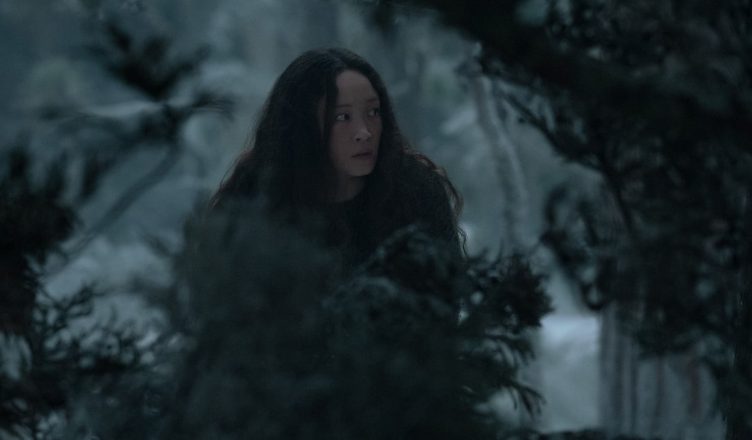 Snowed in: Havana Rose Liu plays a woman stuck in a blizzard in ‘No Exit’.

NO EXIT *** (96 minutes) MA
Talk about bad luck. Having skedaddled from her rehab centre, recovering drug addict Darby Thorne (Havana Rose Liu) drives into a gathering snow storm hoping to get to her dying mother in time.

Alas, the roads are closed and some friendly but stern advice from a cop tells her to see the storm out at a nearby visitors centre, a few hundred metres up the remote mountain road where he found her sleeping.

As the blizzard closes in Darby finds herself in the company of four strangers with varying degrees of civility.

She also discovers a van in the snow-covered parking lot contains a kidnapped young girl, meaning that at least some of the people she is now stuck with are Not Very Nice.

Ah, but who? What’s going on? Are these people who they say they are? Can Darby do anything for the trapped girl? Or for herself?

Stuck in one of those confined suspense-generating scenarios Alfred Hitchcock was so great at exploiting, Australian director Damien Power (Killing Ground) makes a good fist at building tension before the violence sets in and the affair turns into a fairly generic time-killing killfest.

Working from a screenplay by Andrew Barrer & Gabriel Ferrari (Antman and the Wasp), based on the 2017 novel by Taylor Adams, Power keeps the twists and surprises ticking over at a decent rate in what is essentially a fun B-grade schlocker.

With a tightly wound cast including Dennis Haysbert, Dale Dickey, Danny Ramirez and David Rhysdahl, the film is a step-down stylistically for Power, though he certainly knows how the genre works and of the importance in speeding things up, bringing matters to a head before the shebang outstays its welcome.