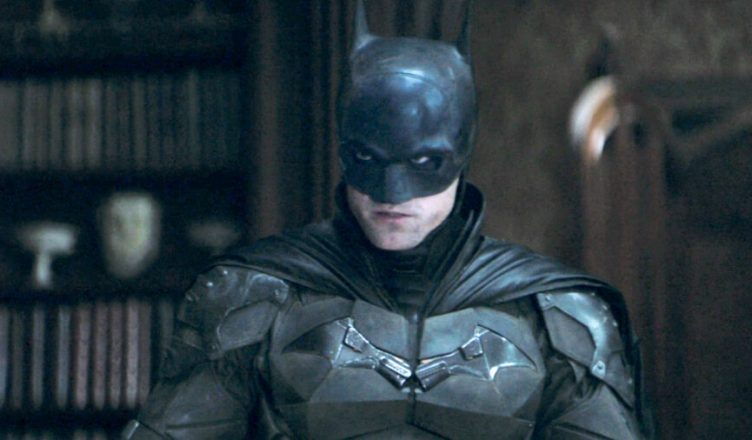 Suiting up: Robert Pattinson as the titular anti-hero in ‘The Batman’.

THE BATMAN *** (176 minutes) M
At this particular point in the evolution of 21st century cinema it’s quite reasonable, if a little uncharitable, to suggest that we might all be a little Batmaned out.

We had all those hugely expensive, paper-thin live-action cartoon Batman films in the 1990s.

Then, of course, came the game-changing Batman revamp with Christopher Nolan making good on his vision that movies based on comic book superheroes could be primed for an adult audience.

We’ve also had Batman popping up in Justice League, Superman vs Batman, Suicide Squad and Joker along with a Lego movie and various TV shows, including heaps of animated renditions. Then there’s all that Batman gaming.

So, do we need another Batman?

You may as well ask: do we need another Spider-man? Because the answer’s the same.

Of course we do. Superheroes with flaws, with guilt complexes, with something to prove, both to the world and to themselves. We can’t seem to get enough.

Batman Love runs deep, probably because of what Michael Caine (Alfred in the Nolan films) once sagely observed, that Superman is how America sees itself, while Batman is how the rest of the world sees America.

In The Batman, director Matt Reeves (Cloverfield; Let Me In) sticks close to the tone set by the Nolan trilogy, with a gothed-out Robert Pattinson, complete with mascara, as our hero/anti-hero, essentially doing a prolonged reprise of his Edward character from Twilight. It’s a good fit. He doesn’t smile once throughout the entire film.

It’s a fine film – good but not great, with the emphasis on drama and the slow unfurling of a pretty complicated plot that is involving, decidedly heavy and not, to be frank, all that exciting. At just on three hours, Reeves takes his time with the pacing that is big on character, short on action.

This time around it’s The Riddler (Paul Dano) causing all the havoc in Gotham (an undisguised New York), killing off fetid city officials and leaving a teasing trail of clues for Batman – who is only ever referred to in the film as “Vengeance” – and local police chief Gordon (Jeffrey Wright) as to who is really is.

As we’ve been conditioned to expect, and in keeping with how Batman is now geared for grown-ups, the plot is deep, deliberately convoluted and morally murky.

In the tradition of the best screen villains, The Riddler sees himself as a morally motivated agent, an angel of justice waging war on the politicians and legal leaders who have allowed the city to become a cesspool of corruption and rising crime. Think of him as cousin to John Doe (Kevin Spacey) from Seven.

Caught up in Batman’s hunt for The Riddler is waitress Selina Kyle (Zoë Kravitz) who works in the subterranean club frequented by Gotham’s criminals and gangsters, including The Penguin (Colin Farrell unrecognizable under pounds of make-up) and crime boss Carmine Falcone (John Turturro in very fine fettle).

Wily use of social media plays a central part in the unfolding saga as twists and turns reveal themselves in very well directed scenes of exposition as the ripple effect of Riddler’s accusations grow ever wider, ensnaring everyone in one way or another.

As a dramatic tale there’s certainly plenty to chew on in The Batman and it’ll no doubt play well to those who loved the depth of the Nolan trilogy; Batman’s a flawed icon beset by demons, both externally and internally.

Please note, however: The Batman is not an action film. If you’re hoping for any signature spectacle, some eye-popping set piece that’ll have you gasping and buzzing for days, this Batman doesn’t deliver.

There’s one so/so car chase that comes close, and it’s pretty cool, but that’s about it. The fights and gun blasting are pretty much standard.

Visually, the film is hard on the eyes. We know that Batman is a creature of the night, but does the film need to be shrouded in so much darkness and gloom?

After three intense hours the effect of being in a dark cinema watching a dark film filled with dark characters dressed in dark clothing in rooms that are barely lit can be a tad wearying. (The film was shot by renown Australian cinematographer Greig Fraser, who did Dune, Zero Dark Thirty, Foxcatcher and Let Me In.)

Still, all up The Batman chimes in as a solid dramatic film that further stresses the differences between the DC and Marvel universes.

Indeed, that the film is so distinct from the over-the-top blizzard of VFX and tangled storytelling typically served up by Marvel might ultimately prove the crux of its appeal, especially for the adult demo.