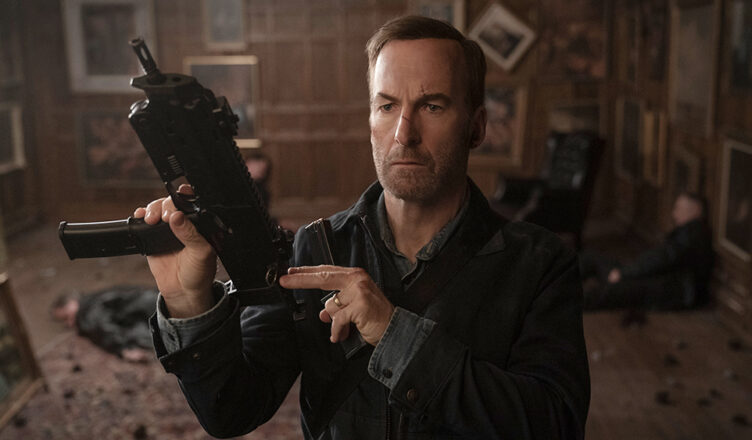 Normal guy: Bob Odenkirk plays a rogue family man in the action-comedy ‘Nobody’.

NOBODY ***1/2 (92 minutes) MA
You know what? It doesn’t matter how much cinema changes or how woke it becomes, the appeal of cathartic, righteously motivated movie violence will never fade. Especially when it’s done with a touch of cheek.

That’s the hard, not-altogether surprising truth at the heart of Nobody, an old-style vigilante romp in the style of Dirty Harry, Death Wish and Taken, only with dashes of black humour and constant winks at the audience to come to the party and enjoy the mayhem when the bad guys get what they deserve.

Yet there are also touches of moral reserve as suburban everyman Hutch Mansell (a cast-against-type Bob Odenkirk) is forced by circumstance to raise his fist to his oppressors.

When it comes to exacting revenge on home invaders, he is capable of compassion. Confronted by a busload of Russian hoons, however, and Hutch deals out his own form of instant justice, Jason Bourne-style. (Also, big nods here to Charles Bronson, who largely built the modern movie vigilante archetype.)

Given all the physical punches exchanged in the film, it’s apt that Nobody opens with series of well-aimed visual punches as it sets up Hutch’s character; he is out-of-shape, has a lowly job in the family business, has a disrespectful son and is silently envious of his wife Becca (Connie Nielsen), who clearly earns much more than he does as a well-publicised real estate agent. It’s a potently packaged portrait of emasculation.

The action is slickly directed by Russian Ilya Naishuller, who stages some great fist-fights and motorised set-pieces, set to his wily sense of how to use a pop soundtrack. When the car-chase sequence kicks in to Pat Benetar belting out Heartbreaker, filmgoers of a certain age might well swoon.

As novel as the first half of the film is, once all the plot points are bedded in Nobody does turn into a John Wick-type shoot-em-up opera – but that’s no bad thing. And no surprise that the writer Derek Kolstad also created John Wick.

With your brain in neutral, there’s much to enjoy in this crazy, Friday-night comedy-action film.

Oh, and special mention must go to the scene-stealing Christopher Lloyd as Hutch’s nursing home bound grandfather. It’s great to behold him back in action, as energetic and comic as he was in the Back to the Future films.