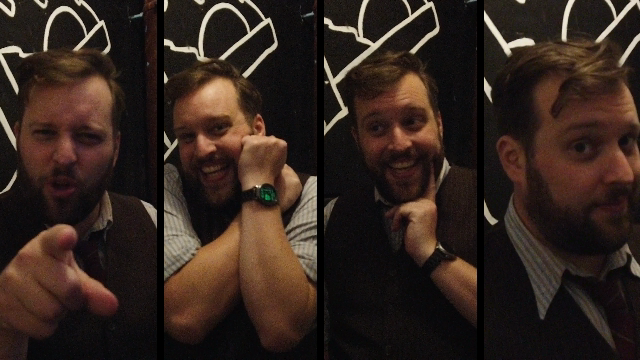 “Although we didn’t make money this season, which is fine, it bodes well for the future.”

The limited seven-gig run at The Butterfly Club of Andrew McClelland’s one-man Gilbert & Sullivan-inspired musical show The Very Model of a Modern Major Musical was a major, long-delayed payoff.

As is the case with most comedians, the impost of Covid-19 rendered 2020 a lean year of cancelled gigs and government aid, putting the kybosh on his plans to properly open the show.

After five years of developing and tweaking, McClelland was finally able to debut the show at The Butterfly Club with his esteemed musical director and creative collaborator Martine Wengrow.

Although the show didn’t make McClelland any money he was pleased as punch with how it all went, setting him up for a bigger show in the near-future.

Fresh from his final performance and still buzzing, Andrew McClelland was kind enough to settle into a comfortable – and relatively quiet – corner of the venue’s nicely decorated stairwell to reflect on the show and on some other major comedy issues.