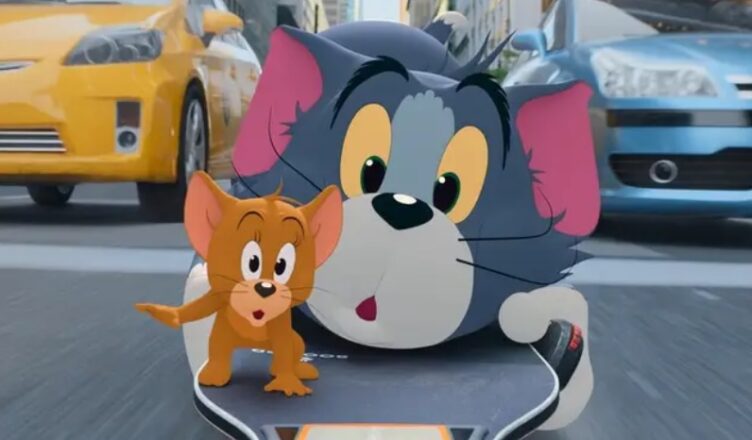 TOM & JERRY *** (101 minutes) G
We can thank the Movie Gods the makers of the totally enjoyable Tom & Jerry resisted the temptation to transform the titular cat and mouse characters into gleaming 3D CGI critters, instead retaining the warmth and charm of their old-school cartoon look (wherein digital animation techniques are deployed to render T&J as if they were traditionally animated).

Thanks, too, to the Movie Gods that all the fun cartoon violence T&J are famous for is still here, and anointed, no less, with a G-rating. That we can take as official acknowledgement that it’s all rather harmless, and that even kids know you shouldn’t hit people on the head with a mallet.

Set in a live-action world where all animals are animated, Tom and Jerry first meet up during a busking mishap in a park before again knocking heads in a plush hotel.

Jerry is looking for a new home and wants to settle in some unused, loft-like crawlspace. Unfortunately for him, Tom is on the prowl for him at the behest of Kayla (Chloë Grace Moretz), a quick-talking shyster who has lied her way into a job at the hotel and is tasked with ridding it of mice before a big wedding takes place.

She is a hustler and confidence trickster who steals the hotel job from another woman. In an important touch, Kayla makes good at the end by confessing and redressing her deceit. It’s the kind of story point that, if neglected, would have left the film with a sour ending.

Amidst all the family-friendly cartoon slapstick and buffoonery, the film maintains a nice line in “grown up” gags that should keep adults happy while their kids laugh at all the pratfalls. Listen fast for the funny barb about millennials.

As pop cultural figures, Tom & Jerry also deserve a sincere salute for their longevity and enduring appeal, which stretches back to 1940. They should get together for a drink with King Kong, whose new movie Godzilla v Kong reminds us that his big-screen debut in the seminal blockbuster classic King Kong was released in 1933. L’chaim, gents.

Footnote:Tom & Jerry is the latest in a long line of perfectly enjoyable films that, for some reason, has met with a largely negative critical reaction that is at odds with its popularity with normal people.

Don’t know if the Movie Gods can do anything about that. A cull of film critics, perhaps?