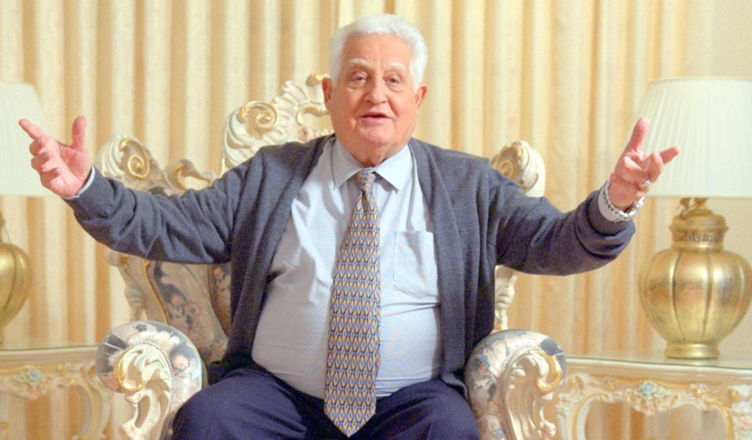 Furniture king: The life of Franco Cozzo is examined in the bio-doc ‘Palazzo di Cozzo’.

PALAZZO DI COZZO ****1/2 (85 minutes) PG
If there’s an essential piece missing from Madeleine Martiniello’s marvelous portrait of the out-sized life of Melbourne furniture king Franco Cozzo you’d need to be told what it is.

Covering the Cozzo arc from his childhood in Sicily to his cleverly engineered success to his present-day business stumbles, Palazzo di Cozzo is an outstanding, funny, honest, bitter-sweet and ultimately uplifting celebration of a migrant success story without peer.

Replete with archival photos and footage, the film appears to cover in its compact running time every possible thing you could ever want to know about Franco Cozzo, including the downs as well as the ups.

His startling savvy as a businessman gets the attention it deserves, with the micro-analysis of his brilliant, earworm TV ads no doubt as accurate as it is amusing.

It’s a treat-and-a-half to see such high-end academic deconstruction of why the low-cost ads were so effective given that Cozzo’s marketing strategy was largely driven by instinct.

Emblematic of the post-war wave of European migrants who embraced Australian culture without losing love for their own, the Cozzo story is also a timely reminder of the critical contribution that generation made to Australian life.

It’s a hugely important chapter too often neglected in today’s agenda-driven discourse about the nation’s ethnic identity. It might well be unintentional, but Palazzo di Cozzo seems to push back strongly against the dismissive attitude that lumps the post-war influx of European immigrants in with Anglo-Saxons, as though they were just another bunch of white people.

The truth, as shown in the film, is that new arrivals from Europe were subject to deeply embedded prejudices, something Cozzo countered with his brash showmanship and business acumen.

Along with the fun stuff – the ads, Cozzo’s famous appearances on TV, including The Don Lane Show, his place in pop culture (he was a gift to hip-hop) – we also get the darker side of the story.

The drug scandal involving his son is detailed; when confronted with the matter, Cozzo seems as distressed about the damage it did to the Italian community as it did to him as a broken-hearted father.

Having given all due emphasis to his triumphs, the film wisely brings us to Cozzo’s situation today.

With his business struggling and suitors making offers, the camera follows him as he conducts a tour of his famous Footscray store’s storage floor where millions of dollars worth of expensive baroque furniture sit, wrapped in plastic.

It’s a truly melancholic moment as we see the consequence of Cozzo misreading the future of the market he created.

Still, even with all the warts, Palazzo di Cozzo ultimately celebrates the resilience, fortitude, guts and home-baked wisdom of an extraordinary Melbourne icon.

Perhaps most pleasing about the film is the brazen, joyful manner in which Franco Cozzo carved out his place in the cultural evolution of Melbourne without asking anybody’s permission.

As the film makes clear, he didn’t care about or abide by anybody’s dictums, whether it had to do with societal expectations or even good taste.

Above all, Palazzo di Cozzo presents Franco Cozzo as a prime example of what a trailblazer truly is, highlighting how thankful the city – and the country – should be that he took that boat ride.