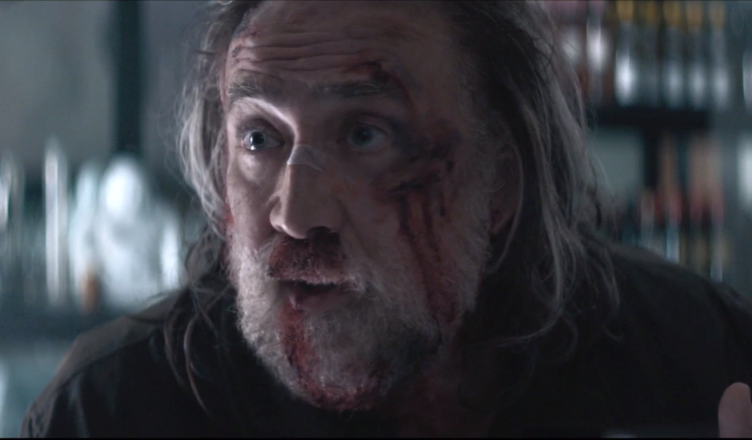 PIG *** (91 minutes) MA
When a highly valued and much-loved truffle-hunting pig is stolen from its secluded home deep in the Oregon forest, its owner Robin Feld (Nicholas Cage) must break from his hermitic existence to retrieve it.

Accompanied by his business partner Amir (Alex Wolff) Feld heads into the wilds of Portland, but what starts out as a straightforward hunt for his lost animal unfolds as an onion peel of who this enigmatic recluse actually is.

Wearing his bodyweight in coats and facial hair, Cage puts in one of his more engaging performances; laconic to a fault and admirably resistant to the concept of taking a shower (even after his face has been pummelled and bloodied in a bizarre fight club scene) we begin learning about Feld’s backstory, his fame, and why he turned his back on what was a magnificent career to live in the hills with his pig, selling truffles for a living.

Without pushing the point, debut writer/director Michael Sarnoski deftly marries the search for the pig with a search for self. It’s as though the theft of the pig is a well-disguised blessing forcing Feld to face the truths in his life that he has thus far been able to avoid confronting.

With its sullen mood very carefully kept from crossing the line into comedy, where it could so easily have gone, Pig unspools as a thoughtful, if undemanding cinematic tone poem about one man’s reluctant journey back into a world he had turned his back on.

Wolff offers strong support as the Camaro-driving provider of high-quality goods to swish restaurants, the depths of his dedication prompting Travis Bickle-type moments in front of the bathroom mirror.

Still, it’s Cage’s film, and a welcome reminder what a fine, seasoned actor he is. A lot of the action mulch he’s been pumping out over the last – what is it now? – 15 years or so were gigs he apparently took to help soothe his financial woes due to overspending and unprofitable real estate deals.

The Nicholas Cage we see here is the wonderfully versatile actor we know from Adaptation, Moonstruck and Lord of War, not from Drive Angry and Rage.

He doesn’t say a lot in the film, but he’s one of the few actors who can effortlessly pull that kind of thing off.

As for the human-pig bond that triggers the story, Pig joins that august pantheon of films in which pigs play a key role. These include: Misery; Babe; Mad Max: Thunderdome; Hannibal; Animal Farm; State Fair (1945); and, of course, Pulp Fiction, via Arnold from Green Acres.