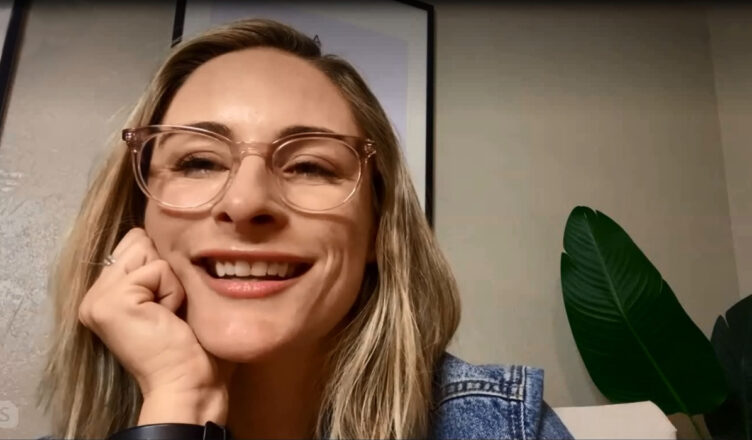 “This is not a movie condemning anti-depressants whatsoever. It’s just a movie about the safety.” – Kelly Walker

At the heart of My Fiona is a successful young woman, Fiona (Sara Amini), who inexplicably ends her life, leaving behind her young son Bailey (Elohim Nycalove), her life partner Gemma (Corbin Reid) and her closest friend and business associate Jane (Jeanette Maus).

Although grief serves as the story trigger for this touching, honest, sensitively directed film, writer/director Kelly Walker was eager to raise questions about the culture of medication while exploring the unpredictable emotional fallout following such a tragedy.

Born in Brisbane, Walker left Australia for Los Angeles after finishing high school to pursue an acting career. She appeared in shows such as Last Man Standing and Swamp Thing before finding her feet as a director and writer through making short films. My Fiona is her debut feature.

Based in Los Angeles but speaking from her brother’s abode in Oklahoma, the heavily accented Walker was in high spirits for our interview; illuminating, funny and sometimes touching, she discusses the idea behind the film, its purpose, production funding and the life-changing influence of Fight Club, which she first saw when she was 15.

She also reflects on the impact of losing her lead actress and close friend Jeanette Maus, who died of cancer in January. She was 39.

As an independent American filmmaker, Walker bravely submits herself to The Schembri Challenge, in which she is made to respond to a hypothetical film world scenario.

Walker proves herself a witty, wise and open conversationalist here, including several unwitting demonstrations of the psychic powers she claims to possess. It’s quite impressive.