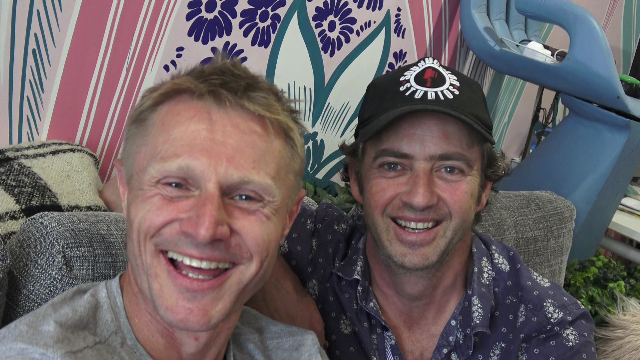 A lyrical, quirky, beautiful little film about a young Latino boy and his life-changing musical gift, A Boy Called Sailboat almost slipped in under the radar at the end of what has been a very good year for local cinema.

In this lively and frank interview, which took place on the eve of its Boxing Day release (23 Dec, 2019), Nugent and Curry discuss the oddball nature of the film, its meaning and why it was set and shot entirely in New Mexico.

Working on a scant budget of barely a million dollars – including the fee for the services of Oscar-winner JK Simmons – the film is the latest example of the high production values Australian directors can achieve on budgets that wouldn’t cover the cab fare on an average studio film.

Financed and distributed independently, Nugent and Curry discuss the process of trying to get a local distributor and the creative challenges they faced while trying to secure government funding.

Nugent is also brave enough to accept The Schembri Challenge, wherein he must face a difficult hypothetical scenario as a filmmaker.