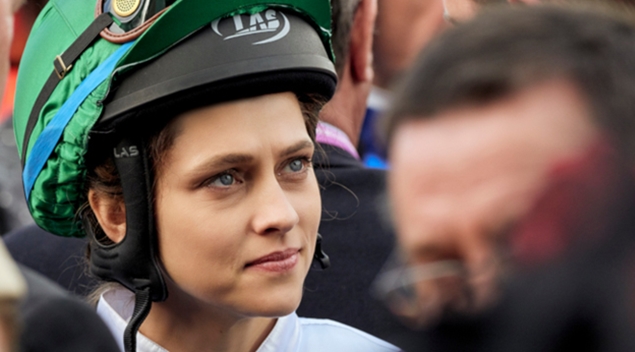 Riding high: Teresa Palmer as Michelle Payne in ‘Ride Like a Girl’, the biggest Australian film of the year.

As we merrily Morris-dance towards the New Year and all of the joys that it shall bring, we need to take pause and acknowledge what an absolute banner year it has been for Australian film, both aesthetically and commercially – though, not necessarily at the same time.

The year was graced by a heartening cluster of well-made, audience-oriented genre films that connected at the box office. They include:

Ride Like a Girl: Rachel Griffiths’ crowd-pleasing biographical drama about barrier-breaking jockey Michelle Payne was the biggest Aussie film of the year, taking a sweet $10.7 million (and counting). An uplifting, family-friendly, against-the-odds girl power film, it also achieved a rare feat for a local film by opening at #1, knocking off Downton Abbey. What a lovely sight that was.

Hotel Mumbai: A searing, large-scale recreation of the horrific 2008 terrorist attacks on Mumbai, with Anthony Maras displaying a sureness of touch uncommon for a directorial debut. ($3.3m)

Palm Beach: Rachel Ward’s cheerfully sardonic look at the discontent of a cluster of wealthy retirees. Critics might not have been bowled over, but the audience ate it up. ($4.4m)

Danger Close: The Battle of Long Tan: With too few local films about the Vietnam war on the board, Kriv Stenders and his crew broke the drought with a valiant, long overdue film about one of our nation’s key engagements.($3m)

Top End Wedding: Miranda Tapsell lead this winning rom-com about a bride-to-be trying to reconnect with her mother who goes missing on the eve of her wedding. Another crowd-pleaser, it was notable for not making an issue of an indigenous girl marrying a white dude. Quite a big step forward and a triumph for Tapsell, who wrote the screenplay and also served as a producer. ($4.7m)

That’s quite a string of box office success. Still, you can’t have a year this good without one or two anomalies, and 2019 served up a beauty.

Easily the best film of the year was The Nightingale, written and directed by Jennifer Kent (The Babadook). Set in colonial Tasmania it served up a brutally effective revenge drama as a woman heads into the wilds with an indigenous tracker in hot-blooded pursuit of the English officer who killed her family.

Accomplished in every regard, lauded by critics and a big winner at the AACTA awards – best film, director, actress, supporting actress, screenplay – the film nonetheless struggled to find an audience, its box office straining to reach half a million.

In a similar vein, the clever dark comedy Judy & Punch got strong reviews and collected a swag of AACTA nominations. Written and directed by Mirrah Foulkes – and widely described, as was Nightingale, as a feminist revenge film – it was lavished with praise and took out best actor for Damon Herriman. Yet at the box office it barely managed $75,000.

It’s a real head scratcher. In a year in which so many Australian films hit big, how was it that the most acclaimed and award-winning film barely made a ripple, while another much-favoured film made no ripple at all. Go figure.

At the arthouses we were blessed by some top-notch fare with the minimalist slavery drama Buoyancy, Thomas M. Wright’s excellent Adam Cullen biopic Acute Misfortune and The Combination: Redemption, a tough, independently made sequel from actor/writer George Basha and actor/director David Field. More proof here about how good films can be produced on tiny budgets.

Our love for quality documentaries was very well served. After That Sugar Film, writer/director Damon Gameau delivered the thought-provoking, optimistic enviro-doco 2040 while director Richard Lowenstein gave us the definitive Michael Hutchence documentary with the acclaimed Mystify. Each film took over a million at the box office.

Meanwhile, Stan Grant and director Daniel Gordon got everybody arguing with The Australian Dream, their level-headed look at controversial indigenous footballer Adam Goodes. Careful to incorporate all sides of the issue, the film ignited a million debates and took an impressive $800,000.

So, all up, 2019 was a banner year for Australian films. All we need is a few years in a row like this one and we’ll be laughing.