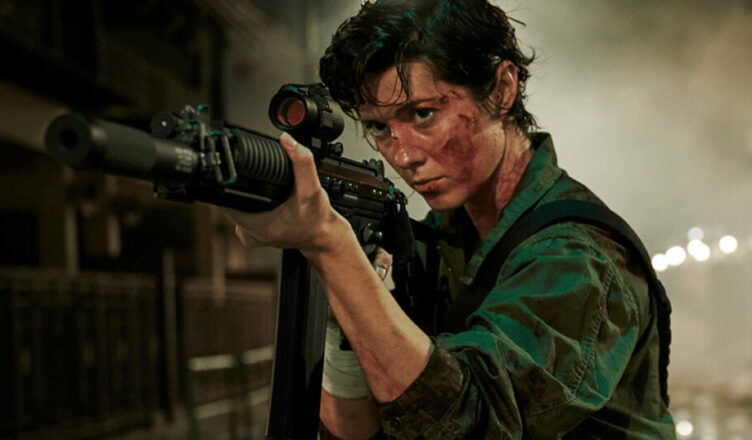 KATE ***1/2 (107 minutes) MA
The life expectancy for most of the unfortunate henchmen in Kate is instantly reduced to about a second or so once they run into the titular anti-hero of Cedric Nicolas-Troyan’s ultra-slick, frenzied, hand-to-hand combat action ballet.

And with Mary Elizabeth Winstead (Birds of Prey; The Thing) in full-on kill mode they don’t go gracefully; she shoots, stabs, garrottes, punches, kicks, slices, dices and bone snaps her way through a seemingly endless stream of well-dressed bad guys, all with lethal intent yet with manners enough to wait their turn before having at her. That’ll teach ’em.

Set in the sumptuously grotty, neon-lit back-street narrows of Tokyo, Winstead plays a super-efficient assassin on the verge of retirement who, as luck would have it, discovers she’s been poisoned.

Riffing on the premise of the 1950 film noir classic D.O.A., she’s got about 24 hours to find who did the deed and get some payback before she passes on. But it’s a two-way hunt with her adversaries also in search of her.

On top of all that she’s got to look after Ani (Miku Martineau), the child she spared while dispatching her father some time earlier. In an interesting twist on the innocent child cliché, Ani is kind of into Kate’s world of ultra-violent retribution, lending a hand when she can.

Breathlessly paced, French person Nicolas-Troyan (The Huntsman: Winter’s War, his one film before this) manages to squeeze in just enough bonding between Kate and Ani to break up the bursts of bloody action.

Just to complicate things further, Kate’s life-long, father-like handler and trainer Varrick (Woody Harrelson) is also in the mix – and if that name is not a reference to Walter Matthau in the 1973 Don Seigel film Charley Varrick it’s one heck of a coincidence.

It’s some tribute to the impact of Aliens (1983) that any film featuring a woman bearing an automatic weapon puts one in mind of Sigourney Weaver, and that’s certainly the case here as Winstead fights her way to her quarry.

In contrast to the equally enjoyable Jolt, there’s not a lot of room for jokes or levity, with Kate getting increasingly bruised and battered as she goes in her grim race with the clock.

One thought: all the highly disposable henchmen who account for the enormous body count in Kate – among countless other films, including most of the Bond films – are, well, men.

How would the film play if they were all female instead? Would it make a difference? Should it?

After all, if we’re serious about redressing issues of gender imbalance, why should the anonymous minions slayed en masse in action films always be played by men?

Just putting it out there.