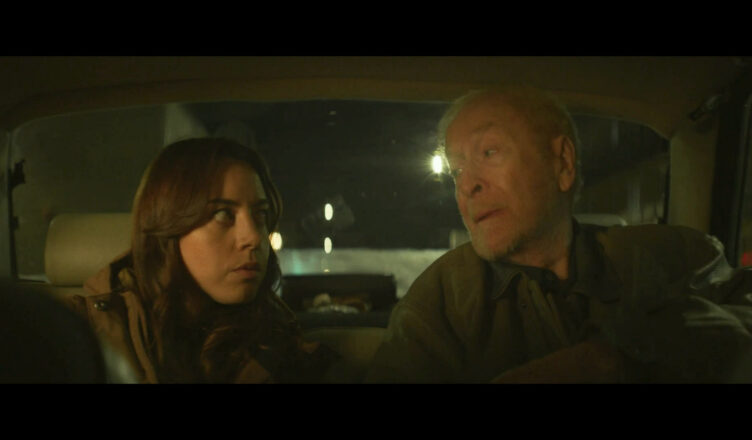 BEST SELLERS *** (102 minutes) M
Some very wily, bittersweet interplay between the young Aubrey Plaza (Parks & Recreation) and the ancient Michael Caine (Zulu; Jaws 4) helps lift an otherwise formulaic generation gap comedy in which each inevitably learns from the other.

Having inherited her father’s prestigious publishing house, Lucy Stanbridge (Plaza) is struggling to keep the company afloat. Fending off lucrative offers from her ex and desperate for a book that will sell in a tough, post-literate market she stumbles across a piece of luck.

Turns out the author of a classic novel her father built his name on is still under contract, even though Harris Shaw (Caine) hasn’t published anything since.

She tracks him down to find a widowed, alcoholic curmudgeon who, due to financial stress, reluctantly hands over a manuscript. The deal is that Shaw will tour the book as instructed in return for the book being published without any editing.

It’s a standard oil-and-water scenario where initial friction leads to begrudging respect – try to imagine the catalogue of films and TV shows that have relied on that premise! – yet debut director Lina Roessler, working from a screenplay by Anthony Grieco, does a swell job offsetting the utter predictability of the piece with some nicely observed scenes and top-notch performances from Caine and Plaza.

Most amusing are the moments capturing the cultural collision between worlds. Seems the cantankerous, unruly nature of the old-school author is embraced and celebrated by rogue-loving Zoomers. They turn his exclamation “Bullshite!” into a viral hit and regard him urinating on his own book as an act of ingenious irony.

Initially buoyed by the publicity, Lucy is quickly schooled in the realities of hollow publicity. Shaw’s shenanigans draws the crowds and sells t-shirts, but can’t move the book. His young fans don’t even know he’s an author.

So, she must face the crucial challenge of disciplining Shaw and marketing the book on its literary value. It’s an uphill battle that gets increasingly desperate as her company’s suitors close in with reduced offers.

With unvarnished charm simmering under a brusque veneer, Caine plays the role how Peter O’Toole no doubt would have. He’s the perfect foil for Plaza, whose centred performance anchors the film’s dramatic threads; Lucy is trying to prove herself to so many people she fights to keep focus on what really matters to her – namely, the words.

It’s no classic, but as a pleasant mid-list movie Best Sellers unspools as a thoughtfully cobbled comic ode to the enduring power of literature in the face of a culture that is more vacuum than substance.