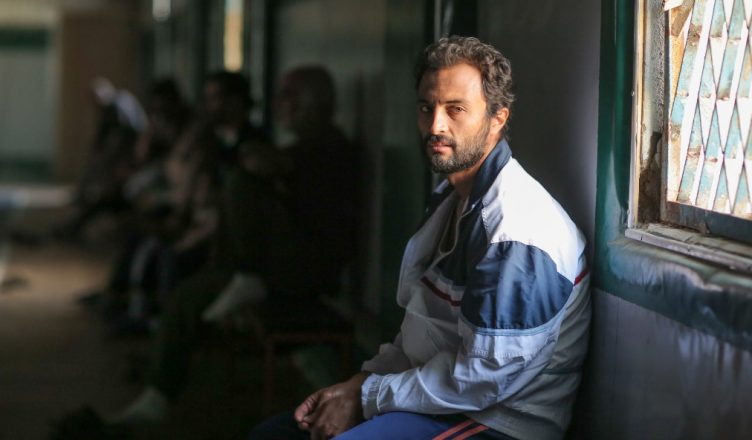 A HERO ***1/2 (128 minutes; subtitled) PG
It’s never a good move to go deep into debt, especially in Iran where failure to pay back money can land you in jail. So there’s immediate sympathy for Rahim (Amir Jadidi), the focus of writer/director Asghar Farhadi’s engrossing, morally murky social drama, who gets two days leave from incarceration to sort out his financial woes.

Owing heaps to his brother-in-law, Rahim is apparently struck by a bolt of good luck when a bag full of gold coins comes into his possession. In an act of grand selflessness he decides to return them rather than cash them in for his own benefit.

Rahim is celebrated for his act of conscience, with glowing TV coverage and a charity pledging its support to raise money for him.

But what is actually going on? Is Rahim’s story true, or is it just that little bit too self-aggrandising to be true? While most are eager to laud him, those dealing with him begin looking closer at the evidence, or the lack of it, of his supposed humility and generosity.

Admittedly, the first act of the film is a tad shaky, but as Farhadi slowly colours in the various backstories to Rahim’s situation the yarn becomes increasingly intriguing and dramatic, building up to a pungent social critique about how much life sucks for those on the lower rungs of Iranian society.

As doubt grows around Rahim’s claims the dramatic temperature rises, producing some punchy scenes about deception and moral duplicity. One of the film’s most striking scenes involves the manager of the charity loudly lamenting how its good name is now threatened by an act of wanton stupidity by Rahim.

If there’s one skill Farhadi, who also made the Oscar-winning A Separation, excels at it’s the slow injection of dramatic grit into his narrative, building out the complexity of his multi-edged morality tale with realism and without contrivance.

As for the underlying message to Rahim’s jagged journey, it’s all to do with the concept of honour, and how pliable it can be once desperation factors into the equation.

BENEDICTION *** (137 minutes) M
Like most films these days, Terence Davies’ Benediction might be long by about 30 minutes, still it’s a fine, very well-performed if slow-moving and ultimately downcast biopic about war poet Siegfried Sassoon, the decorated WW1 officer whose objections to the slaughter landed him in a psychiatric facility.

Directed with characteristically British understatement, the film serves as both a moving ode to the battlefield casualties, with poems read out over archival footage, and as a rather bumpy drama about the closeted lives of homosexuals in the post-WW1 period.

As Sassoon, Jack Lowden does solid work as the poet in his prime, though it is Peter Capaldi who really shines as the older Sassoon, hard-hearted and full of bitterness after a life of trauma, literary disappointment and personal betrayal.

As is the case with most veteran directors, Terence Davies (now 76; he also wrote the screenplay) brandishes a refined sureness of touch when exploring the nuances of human behaviour. There are a lot of impressively deft, emotionally charged dialogue exchanges and his scene transitions are nothing short of masterful.

There is, of course, proper tribute to the more famous war poet Wilfred Owen (Matthew Tennyson, in a brief but noble performance) whose poem Disabled brings the film to a moving, powerfully distressing close. Over a century on his words still hit home. It’s no wonder Sassoon respected and envied him so.