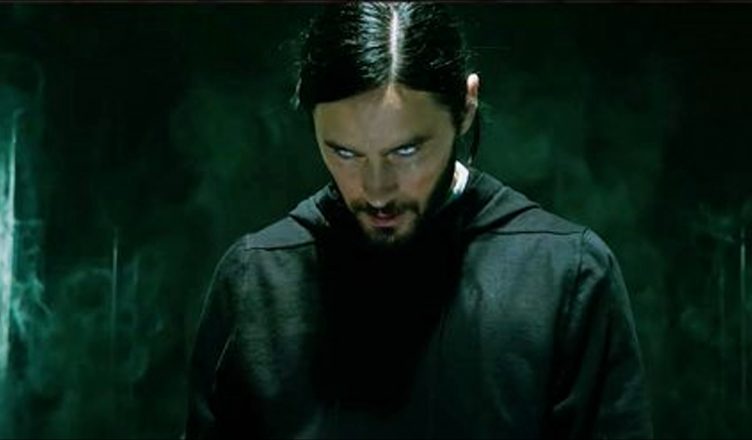 MORBIUS *** (104 minutes) M
One of the great things about the comic book movie universe version of New York is that however crowded and congested the city appears to be, there’s always a large, conveniently located vacant space for the main characters to have their climactic stoush in.

(Gotta be so careful. Sony owns the rights to the Spider-Man gang, created by Marvel, which is a rival studio owned, like most things of God’s earth, by Disney. So while Morbius is a Marvel creation, he lives in a Sony world. Hope you’re taking notes.)

As with most of the other action sequences in Morbius – and as has now become standard with big action movies – the final smackdown is staged in near dark, so it’s often fairly hard, with all the obligatory swish panning and splashy visual effects, to make out what is going on.

At some point soon (the prayer goes) franchise movie makers will realize that keeping the lights on and the camera fairly stable can enhance a superhero movie action scene to the point of virtual coherence. Let us hold fast to that dream.

With his trademark Jesus hair and beard looking fashionably shagged, Jared Leto plays Dr Michael Morbius, a Goth-styled scientist with a crippling blood disease who creates a potion from vampire bat blood that temporarily relieves him of his walking disability and grants him bat-like superpowers.

These include super-sensitive hearing, flight – very handy when in the path of subway trains – and, coolest of all, the ability to climb up walls. He also gets a ripped torso, another quality we automatically associate with bats.

Much like the similarly stygian Spider-Man offshoot Venom 2, Morbius boasts a very lean running time; the film clocks in at just on 88 minutes before several in-credit teaser scenes buff out the duration to set up the next installment – another Marvel staple that is getting rather tired, especially if you’re all primed for a quick post-screening visit to the loo.

That’s chiefly because the story has but two main focal points: the predicament Morbius finds himself in with his new-found power, and his new-found conflict with his similarly afflicted childhood friend Milo (Matt Smith, from Doctor Who and The Crown).

Morbius needs to drink synthetic blood to keep going, but with his thirst increasing and the supply rapidly running low, he would have to switch to original recipe human blood, thus making him a full-on, legit vampire.

As he explains to his fiancé and fellow scientist Martine (Adria Arjona), he’d rather die than feast on people.

Seems the sensitive new-age soul doesn’t have the heart to buy into the package deal that comes with being a fully fledged, card-carrying, super-powered vampire.

Milo does, however. Having also benefitted from chugging the bat-blood serum, he’s relishing his liberation from his disability, which thus far has confined him to a plush apartment where his main visitor was life-long friend and paternal carer Nicholas Morbius (an under-used Jared Harris).

There’s also some nifty digital work where faces would morph from human, to non-human, and back again in an instant. It makes you appreciate just how far the art of the close-up effect has come since the John Landis 1981 horror-comedy classic An American Werewolf in London.

The super-straight Leto brings some serious-actor heft to his performance, lending just enough gravitas to his fleeting lines about feeling alive for the first time in his life.

All up, Morbius unspools as a fairly good, if gloom-laden jaunt, happily uncluttered by the tangle of poorly told sub-plots that afflict most superhero films. It’s a noble-enough addition to the superhero stable – sorry – universe, or whatever they’re calling it now.

Morbius is apparently part of this thing called Sony’s Spider-Man Universe, as distinct from the Marvel Cinematic Universe, which conceptually it has to be part of, because Spider-Man is a Marvel character.

Doesn’t really matter, really. In the wash-up, it’s less about a creative vision and grand designs and more about good old corporate branding.