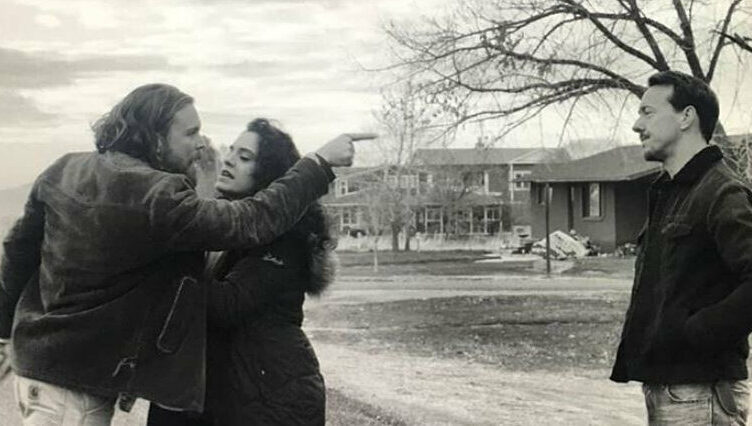 Yeah, you: A fierce argument breaks out in ‘The Killing of Two Lovers’.

THE KILLING OF TWO LOVERS **** (84 minutes) MA
Things are finally looking up for David (Clayne Crawford). The painful separation from his wife Nikki (Sepideh Moafi) and four kids shows hints of healing. She’s sending him good vibes during their special “date nights” and the children show they miss him during access visits. Only two things are poisoning the pond; Nikki’s new boyfriend (Chris Coy) and David’s desire to shoot them both as they sleep.

In a terrific, tightly wound performance, Crawford (Riggs from TV’s Lethal Weapon) portrays David as a cauldron of muted rage tempered by the gathering hope that he can reclaim his family.

Deliberately paced and graced with some compelling dialogue exchanges that ooze with authenticity and raw-nerve emotion, The Killing of Two Lovers is an outstanding domestic drama barbed by great sound design, its discordant assemblage of creaks, throbs and thuds suggesting how any fragile moment of harmony or understanding David achieves could suddenly turn bad.

Click here for an interview with writer/editor/director Robert Machoian.

The Killing of Two Lovers will be available from 3 November on iTunes, Fetch, Foxtel Store, Google Play, Telstra TV Box Office and YouTube.