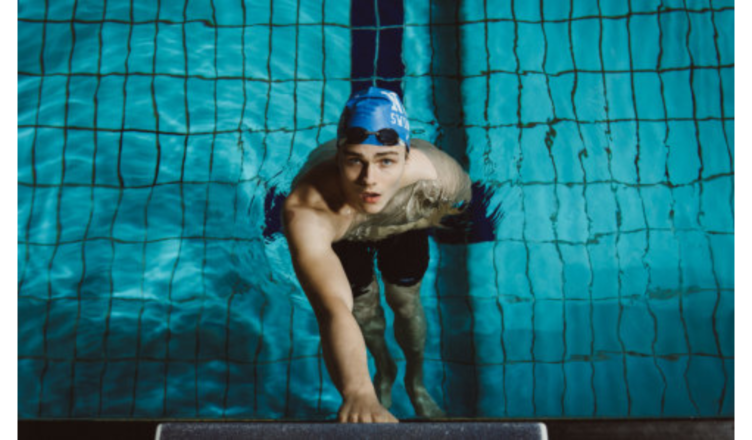 STREAMLINE **** (86 minutes) MA
A clutch of captivating performances and a powerful, understated story about an athletically gifted teenager fighting for his sense of self in a wildly dysfunctional family make for outstanding domestic drama in Streamline.

Benjamin (Levi Miller) is a constantly sullen soul, and with plenty of cause: he lives in a dingy flat with his put-upon mother Kim (Laura Gordon); his violent father Rob (Jason Isaacs) has just been released from prison; his brothers Dave (Jake Ryan) and Nick (Sam Parsonson) are two roughnecks who pretty have no respect for their mother and positively despise their father.

Saving him from the cliché of the alienated teen, Benjamin does possess one distinguishing feature – he is a wiz in the pool. He trains hard at the behest of his mother and his no-nonsense coach (Robert Morgan), who sees in his lithe young charge a future champion. So too does Olympic swim team recruiter Glenn Goodman (Steve Bastoni), a sweet-talking professional who wants to offer him a shot at gold.

Yet what others consider a gift, Ben thinks of as something of a curse. Feeling the pressure from all around, he has come to resent his talent, in which Kim has so much pride, the hope being that Ben’s excellence in the pool is his ticket to a better life.

It’s a theme that courses through the genre of sport-related films, from 1963’s This Sporting Life, to the Rockys to The Blind Side.

His mother’s emotional investment in pushing Ben to be his best in the pool might be the very motivation for him to push back so hard. After all, nothing hurts a loved one more than spite.

The performances throughout breathe with such authenticity that when the flashpoints between the deeply conflicted characters hit there’s no way of predicting how the hostility will find expression.

It could be violence. It could be words, which here are seen as weapons capable of inflicting greater damage than a punch.

Ben receives conciliatory gestures from his father – in an excellent performance, Jason Isaacs brandishes a very convincing Australian accent – who is eager to convince everyone that prison has tempered his violent nature.

In the face of the hatred his brothers express towards their dad, Ben struggles to reconcile his understanding of the man his father was and who he says he is now.

Deftly filmed in a docu-drama style with hand-held cameras often creating a voyeuristic feel that enhance the film’s rich suite of naturalistic performances, Streamline is another example of how emotionally immersive the less-is-more school of directing can be.

The dynamics of dysfunctional families are often complex and even contradictory, something the film captures with a veracity that is almost palpable.

If the film has a shortcoming, it is in its final run where things draw to a close a little quickly. In an era when so many films run too long, we should celebrate films such as Streamline that manage to keep their stories tight and lean.

That said, the story could easily have done with another five or ten minutes, giving such an exceptionally fine drama a more tapered sign off.