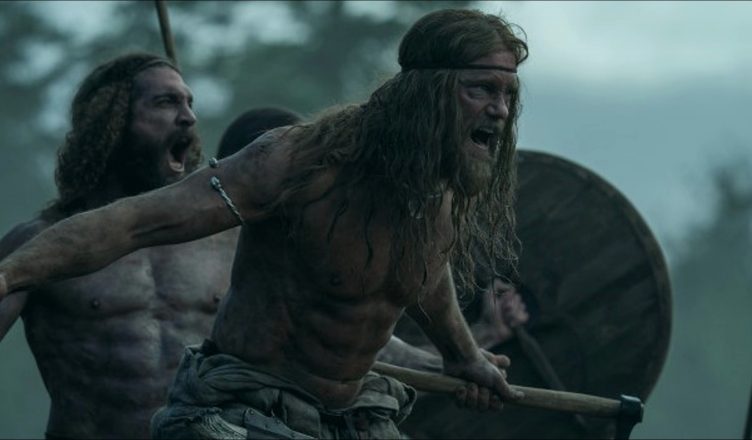 THE NORTHMAN * (137 minutes) MA
Set amidst a variety of postcard-worthy Scandinavian locales (Iceland, mostly), The Northman is a timeless Nordic saga. Well, that’s what it feels like, anyway.

A sprawling Viking epic driven by revenge, violence, bloodshed & great scenery, the saga is an inert bore stricken by leaden direction by Robert Eggers (The Witch; The Lighthouse) who, despite an obviously huge budget, renders the film with absolutely no sense of adventure or excitement.

Apparently based on a Scandinavian legend of note, the yarn involves a sodden quest for revenge by prince Amleth (Alexander Skarsgård), who isn’t happy his rotten uncle (Claes Bang) killed his dad (Ethan Hawke), then married his no-good mum (Nicole Kidman).

There’s lots of howling men and mythical mumbo jumbo, with Amleth spending a lot of his time as a slave, thirsting not very convincingly for payback, growling it sporadically to remind us what is supposed to be propelling the film.

For this deadly deed he requires a special sword, the kind that always have a central spot in these sorts of myth-laden movies. Think: Excalibur; Lord of the Rings; Star Wars; Conan the Barbarian; Braveheart; Highlander; The Sword and the Sorcerer; and, of course, Kill Bill.

Whatever the sword’s magical powers, there’s no question how effective Amleth’s blade is; when it comes to lobbing off limbs and skewering through heads the sword operates with the ease of a warm butter knife.

The film is full of grim, blood-dripping violence; innocents are slaughtered, angry men with impressive ab grids have at each other with axes, one dude literally spills his guts. At one point Amleth is so fierce he appears to kill a man merely by striking his shield.

It’s a gloomy dirge, this, with no levity or even much sunlight. There’s a handful of impressive tracking shots early in the film, but aside from that the surprisingly non-widescreen cinematography is pretty drab.

Kudos to Anya Taylor-Joy (The Queen’s Gambit) for throwing herself into her role as a fellow slave to Amleth, though the attempts by the film’s hair and make-up department to de-beautify her fail gloriously.

In a piece of predictable stunt casting Bjork has a cameo, though fans might be disappointed given how she’s barely unrecognizable under an enormous headdress that covers much of her face. Also, she doesn’t sing.

Come to that, Willem Dafoe and Ethan Hawke are also hard to discern, being covered in beards, bad hair and various shades of Nordic schmutz.

But you’ll know Nicole Kidman when you see her. To her credit she, like Anya Taylor-Joy, throws everything she has into her dark performance. A trouper, to the last.

The film’s official running time clocks in at 137 minutes, but even if you knock off 10 minutes or so for the end credit crawl, The Northman is a slow, lumbering dirge that is way long and far more likely to have you lost in thought about your grocery list than to captivate you with its morbid, moribund tale of vengeance.