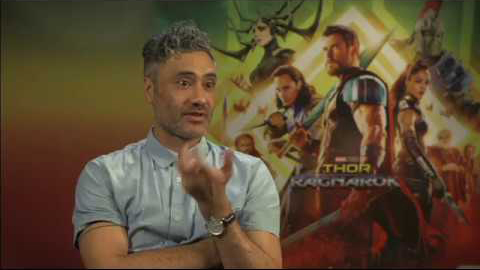 MORE THOR: Best known for small, personal films such as Boy, Hunt for the Wilderpeople and What We Do In The Shadows, New Zealand director Taika Waititi was eager to go beyond his artistic comfort zone by directing a major Hollywood studio film.

The result is Thor: Ragnarok, which Waititi saw as a prime opportunity to hit refresh on the Thor franchise by injecting humour into the proceedings.

While on a quick promotional visit to Sydney, Waititi took time out to discuss what it was like for him to make such a huge film, the in-jokes he injected under the noses of his producers and the indie aesthetic he maintained during the film.

Despite all the effects and the huge scale of the production, he says he kept focus on the basic story of a man just trying to get home, comparing it to the 1986 Martin Scorsese film After Hours.

He also agrees that one of the main themes in the film is sibling rivalry.