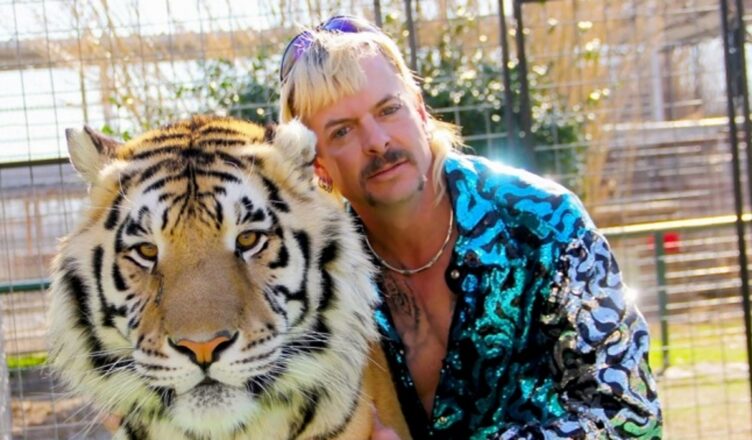 It’s the show everyone is talking about – and for good reason. In another case of truth being stranger than fiction, Tiger King is a rare example of a much-touted piece of entertainment that actually exceeds the hype, and then some.

Set in the odder-than-odd southern American netherworld where the trading, ownership, preservation and exploitation of wild cats is a big, viciously competitive business, the series focuses on the singular character of Joe Exotic, a hillbilly caricature whose braggadocio and lust for attention is matched by a fiery, dark underside.

Joe is a ferociously proud gay good ol’ boy who runs a private zoo where lions, tigers and other assorted beasts of the veldt are on display for the public to see, touch and, if you’re rich enough, buy.

He loves his cats, his business, his redneck credentials and his social media. But there’s one thing that pushes his over-the-top, ego-maniacal soul over the edge, and that’s a woman called Carole Baskin.

She’s also a big cat lover, only she hates the idea of people being allowed to own them. As an animal rights warrior her outfit Big Cat Rescue targets Joe as an enemy to wild life. She wants the law changed and for Joe to be shut down.

As you’d expect, Joe explodes with outrage, unleashing a hatred for her that is without relent. He’s happy to deride and defame her online, making no secret of his desire to blow her head off with the loaded six-shooter permanently strapped to his hip.

The bitter rivalry that drives the Tiger King saga is inflamed by Joe’s belief that Carole was behind the disappearance of her husband Don Lewis, and that Joe supposedly had elaborate plans to have Carole killed. But is all the evidence suggesting this is real, or is he being framed by other adversaries?

As the narrative unfolds like a giant Catherine wheel we get copious interviews with Joe’s staff and personality profiles of some other big cat keepers, one of whom runs his zoo with the aid of a harem of attractive women.

The sprawling scenario of Tiger King might sound like tabloid true crime fodder writ large, yet director Eric Goode is wise enough to let the story’s many excesses speak for themselves without embellishing them with bells and whistles. For all the yelling, the style of Tiger King is actually quite tempered.

As a crime documentary series Tiger King grabs your attention from the get-go and keeps you hooked with its constant refreshing of information, facts and conspiracy theories, some of which you’d dismiss as crazy were it not for the assurance that it’s all true, more or less.

An unhappy Carole Baskin has gone on record about being treated unfairly regarding the disappearance of her husband, which is fair enough given that she’s never been charged with anything.

And the story is still unfolding; there is word of another episode to come and Universal is apparently hot to make a mini-series based on the show.

A full day’s worth of rollicking entertainment, this is. And for those keen to read into all the goings on, consider Tiger King a macabre example of the excesses of entrepreneurship and how revenge accounts for such a big slice of the American psyche. (Netflix)