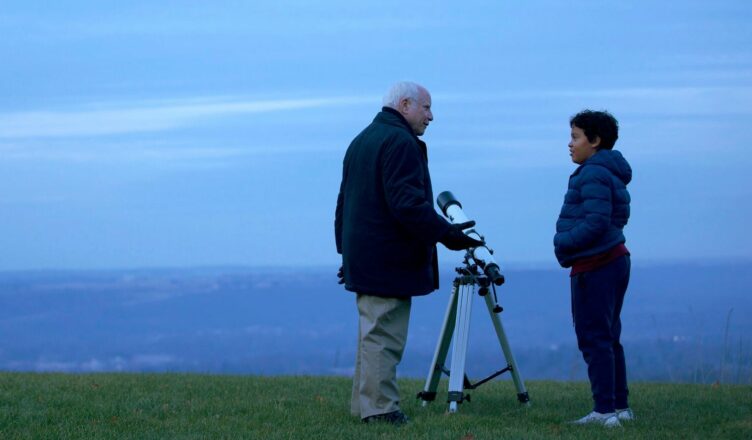 Dreyfuss plays the widowed Angus, a lively but lonely senior citizen in his 70s, living with his loving daughter Molly (Krista Bridges), her husband Jim (Lyriq Bent) and their hyper-active son Barney (Richie Lawrence, putting in a nice turn as a kid infatuated with his grandfather).

Financial stress forces the couple to move Angus to a retirement home populated with a pleasantly crusty collection of senior citizens who, like Angus, would rather not be there.

Restless and loathe to be considered just another old person tossed upon the human scrap heap, Angus follows his grandson’s advice and enters a TV lottery competition to win a seat on a brand new space shuttle, even if it means lying about his age.

Luck falls his way, of course, and he goes off to be trained with the 11 other candidates, but things don’t quite go as planned when his true age and the infirmities that come with it catch up with him.

Dreyfuss, who also produced the film, has a delightful spring in his step throughout this pleasant outing, especially when confronting the billionaire behind the project over how the tarmac on the special runway might not be up to scratch.

There’s a couple of neatly etched B-stories also, one regarding Jim’s job, the other involving the assets left by Angus’s wife.