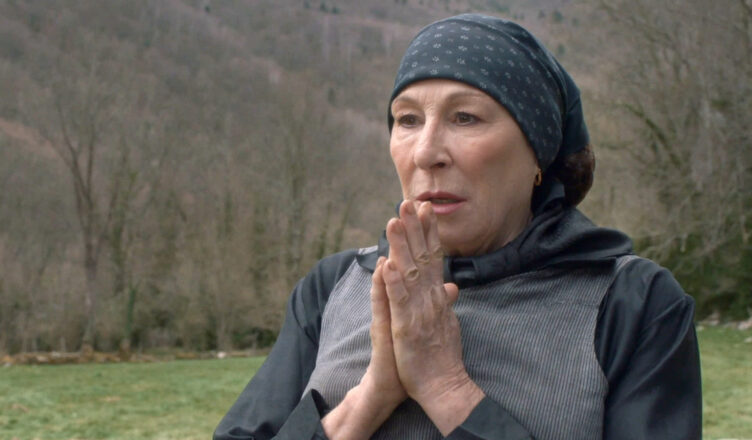 WAITING FOR ANYA * (109 minutes) M
You’d have thought that a wartime story about the good people of a small French village smuggling Jews to freedom under the nose of the Nazis would be a trifle more interesting to watch than the clumsy melodrama on offer in Waiting for Anya.

The action – or rather the lack of action – takes place in 1942 in that special part of unoccupied France where impressive mountains form the backdrop any which way you look and the Nazis have the co-operation of the locals. Well, most of them, anyhow.

Inquisitive young sheep herder Jo (Noah Schnapp from Stranger Things) trips upon the secret scheme that gets kids across the border into Spain.

Unfortunately, the performance from Schnapp isn’t very good. Even more unfortunately, neither are most of the other lead turns, including those from the great Jean Reno and Anjelica Huston, who is also great, just not here.

To be honest, the only interesting performance in the film comes courtesy of French/Icelandic actor Tómas Lemarquis, whose deeply-set eyes and icy, robotic glare make him perfect casting as the stereotypical Nazi commander who comes to town looking for Jews to deport. He’s a nasty piece of work who looks like he’s ridden his horse over from another film.

Limply directed by Ben Cookson (Almost Married) the film is based on the 1990 children’s book Waiting for Anya by the extraordinarily prolific Michael Morpurgo. He’s penned more than 110 titles – including War Horse, which Steven Spielberg made into a film – and has a small part in the film as a farmer.