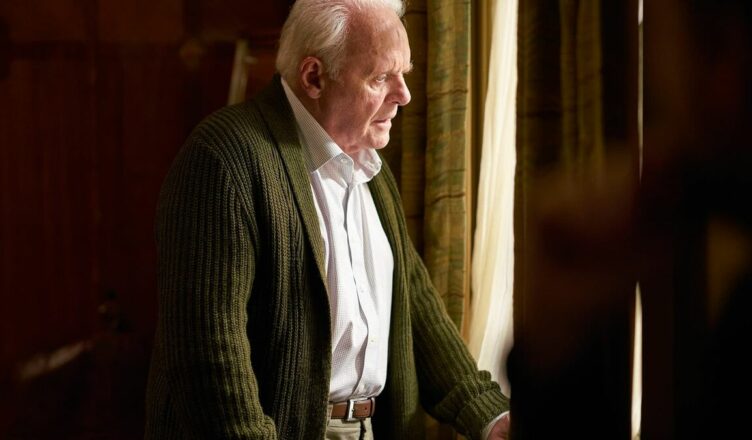 Frontrunner: Anthony Hopkins, a sure bet to take out Best Actor for ‘The Father’. Or…

Of all the brave predictions one can make about the outcome of the 93rd Academy Awards there’s one that’s pretty much a sure bet, and that’s how the ratings figures for the ceremony will continue to slide, and possibly hit a record low.

And who can blame the public’s apathy? The Oscars have been delayed two months, making it both the longest Oscar season in history and also the most tedious and low-profile.

Most of the nominated films had small if not tiny cinema audiences.

The box office take for all the Best Film nominees that got a cinema release adds up to less than $US40 million. In Hollywood terms, that’s almost negligible.

A single, standard, non-tentpole, non-blockbuster studio film with a box-office take of less than $40m would be considered a flop.

It’s also no help that most of the nominated films dwell on the arthouse end of the movie spectrum, something that always dampens interest in the ritual.

The delay has undoubtedly instilled a sense that the “Oscar moment” has passed, that the excitement and anticipation has waned to a point where mention of Oscars 2021 elicits a shrug of the shoulders and the utterance of “who really cares?”.

Well, Oscar producer Steven Soderbergh does, for one. Setting part of the shebang in Union Station, he’s promising a movie-like feel and structure to the ceremony that, for the third year running, won’t have a central host.

That’s a shame. At a time when the Oscars desperately needs to rethink its ancient format and audience reach – why not have genre-based Oscars for Best Action Film, Best Romance, Best Comedy, Best Fantasy Film, etc? – dropping the central host is one tradition it should be clinging to.

As everyone knows, the COVID-19 pandemic has turned everything topsy-turvy in the movie world.

With so many cinemas either shut or with restricted capacity, many major releases are still on hold, hoping against hope for a return to the good ol’ days when films could open everywhere across the globe simultaneously and deliver massive opening weekend takes.

We don’t live in that world any more, at least for now. Indeed, those days might well be over, though you can bet studio executives sending off a quick prayer each night that they’re not.

But while cinemas died a little in 2020, streaming services thrived and audiences swelled thanks to their COVID-safe platform; some big films that were denied cinema release debuted in the stream, marking a major change in the movie business model.

Because of COVID some eligibility rules were temporarily relaxed, a move that enhanced the standing of the stream.

Normally a film has to be screened commercially three times a day for seven days in Los Angeles county to have a shot at nomination.

So when the virus shut down all the cinemas in LA, it was deemed that any film whose scheduled cinema release was nixed by the closure could debut in the stream and still be eligible for Oscar.

Hence films such as Trial of the Chicago 7, Ma Rainey’s Black Bottom and Mank were big streaming events that qualify for Oscar consideration even though the had no cinema profile.

The strong streaming figures for certain films also resulted in some films getting far more Oscar love than they deserve.

Still, while some of the nominated films appear wildly out-of-place – yes, Promising Young Woman is up for Best Film! – there are enough fine pictures and performances in the line-up.

So let’s do a quick tear-through of what’s likely to go where.

With Best Actor, the clear front-runner is Anthony Hopkins for his brilliant, subtle turn in The Father. He deserves to win, though sentiment is strong for the late Chadwick Boseman for the Netflix hit Ma Rainey’s Black Bottom.
Other nominees: Gary Oldman, Mank; Steven Yeun, Minari; Riz Ahmed, Sound of Metal.

Though Andra Day as Lady Day in The United States vs. Billie Holiday and Viola Davis in Ma Rainey’s Black Bottom have drawn a lot of Best Actress buzz, it’s multi-Oscar winner Frances McDormand who truly deserves this for her moving, understated less-is-more performance in Nomadland.

Carey Mulligan should count herself lucky that her cheesy performance in the #metoo exploitation comedy-thriller Promising Young Woman has put her in such august company. Here’s hoping she takes notes.
Other nominees: Vanessa Kirby, Pieces of a Woman.

The battle for Best Supporting Actor comes down to a tussle between Daniel Kaluuya and Lakeith Stanfield for the historical drama Judas and the Black Messiah. Both put it terrific work, but it’s Stanfield who deserves the doorstop for shining in a wholly unsympathetic role as a race traitor.
Other nominees: Sacha Baron Cohen, The Trial of the Chicago 7; Leslie Odom Jr, One Night in Miami; Paul Raci, Sound of Metal.

Imagine the uproar if Best Supporting Actress goes to Maria Bakalova for Borat Subsequent Moviefilm. Sure she deserves kudos for diving head-first into the ethically muddy Borat vortex, but seriously? And which clip would they show?
Back on Planet Earth, Youn Yuh-jung will take it for the over-rated Minari, even though Glenn Close did the best disappearing act into a character for the unfairly maligned Hillbilly Elegy.
Other nominees: Olivia Colman, The Father; Amanda Seyfried, Mank.

Nomadland deserves Best Picture and its director Chloé Zhao should get Best Director. Why? The reason is as simple as it is powerful – it’s the one film amongst all the other contenders that has at its heart a unifying humanity that reflects the experience of so many people, especially in America. And despite its story of economic hardship and marginalization, it is an uplifting film filled with hope, love and a sense of community. It’s the right film at the right time.

As a side note, it’s high time the Academy combined these two categories the way they combined Best Sound Mixing and Best Sound Editing into simply Best Sound. For how can you have a Best Film contender without a director? It should just be Best Film, with the Oscar given to the director.
Other nominees for Best Film: The Father; Judas and the Black Messiah; Mank; Minari; Promising Young Woman; Sound of Metal; The Trial of the Chicago 7.
Other nominees for Best Director: Thomas Vinterberg, Another Round; David Fincher, Mank; Lee Isaac Chung, Minari; Emerald Fennell, Promising Young Woman.

Elsewhere: Soul will take out Best Animated Feature Film from an exceptionally strong field. (Onward; Over the Moon; Farmageddon; Wolfwalkers.)

Aaron Sorkin will take out Best Original Screenplay for The Trial of the Chicago 7 and Best Adapted Screenplay will go to Chloé Zhao for Nomadland, based on Jessica Bruder’s 2017 novel.

Oscar’s long-standing recognition of quality films about the dangers of drink will continue when the remarkable Danish film Another Round nabs Best International Feature Film, pipping Romanian documentary Collective, which deserves to take out Best Documentary Feature, though that will likely go to My Octopus Teacher.

Of course, no Oscar year would be complete without its fair share of anomalies and associated bulltwang.

While the wall-to-wall raves for feel-good, cross-cultural comedy-drama Minari might be heartening, it’s got to be asked whether such a dramatically slight domestic piece about a Korean family relocating to rural America really justifies all the praise.

And what is a B-grade film such as Promising Young Woman doing with five major nominations? It’s probably got to do with the film savvy tapping into the post-Weinstein #metoo zeitgeist masking its undeniable exploitation bent. It’s not a film that deserves to be taken seriously as a deep, socio-political comment about male sexual aggression.

It’s a basic revenge film with a great twist, nothing more. Fun, but five Oscar nods? If only Kitty Green’s The Assistant, a much better take on the topic, got such prominence.

You would have thought that by now people would understand that the nomination short lists come from a large pool of contenders and that being “snubbed” is inevitable.

It’s a silly term, of course, because it suggests a film is somehow pre-ordained by the Movie God to be nominated, and that not being nominated is an injustice that must signal something fishy going, that the Academy has some sort of hidden agenda – something that isn’t possible given the complex voting process.

So this year we have Spike Lee’s Da 5 Bloods with only one nomination (for Best Original Score). Outrageous! Why wasn’t it up for Best Film, Best Director and Best Whatever Else?

Here’s one possible explanation: it wasn’t a very good movie.

The Old-Hollywood infatuation of Mank should see it take out Best Production Design; Best Editing will go to Nomadland; News of the World will fight with Nomadland for Best Cinematography and the latter shall win. (Other cinematography nominees: Judas; Mank; Chicago 7.)

Though it was well-nigh impossible to follow the plot – even after two viewings – Tenet will take out Best Visual Effects over: Love and Monsters; The Midnight Sky; Mulan, and; The One and Only Ivan.

As for all the message-driven power ballads up for Best Original Song, here’s hoping – probably against common sense – that it goes to Husavik from the Netflix comedy Eurovision Song Contest: The Story of Fire Saga, a very funny film.

The 93rd Academy Awards can be seen on Seven from 10am.