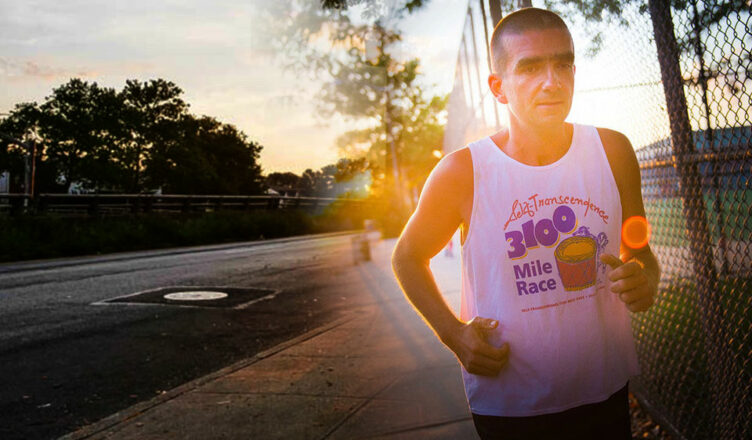 Beyond exercise: The spiritual dimension of running is explored in the documentary ‘3100: Run and Become’.

3100: RUN & BECOME *** (80 minutes) G
Each year in Queens, New York a gaggle of supremely dedicated joggers run around a half-mile suburban block over and over and over. Their goal: to be the first to clock up 3100 miles, completing a required minimum of 60 miles per day for 52 days.

It might sound like recreational jogging taken to ludicrous extremes – and from what we see of the strain and toil involved, it arguably is – but it’s the fortitude and devotion of the participants that so impresses director Sanjay Rawal (himself a dedicated runner).

This urban ritual forms the centrepiece of a serious, insightful exploration into the beyond-fitness motives of why people run.

Rawal brings in three other events: a Navajo man’s cross-desert run in tribute to his father; the loss of a hunting culture inflicted on a tribe of Kalahari bushmen; and the practice of a very peculiar breed of Buddhist monks in Japan who have to circle a mountain for thousands of miles in search of spiritual enlightenment.

Should they wear out before the task is completed they are honour-bound to do themselves in. The track is apparently dotted with the graves of such failures.

As a non-athletic look at long-distance running the film delves into the realm of self-help and personal transformation, with an implicit side-message about the importance of knowing your limits, both physical and mental.

There is perhaps a little too much emphasis on the 3100 race, but the film is well paced and very well-photographed.

The film is now streaming on Google Play, iTunes, Amazon and Amazon Prime.