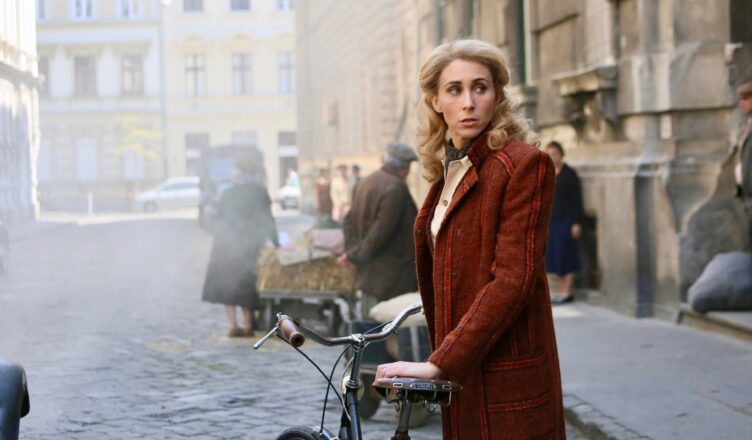 A CALL TO SPY *** (124 minutes) M
Forgiving the early flourishes of British pluck and a few anachronistic references to contemporary issues about gender discrimination and equality, A Call to Spy quickly shapes up as a reasonably sound wartime drama about a little-known aspect of Britain’s spy network.

Set in 1941, the film finds Britain on the back foot and all alone in its war against Germany as Adolf Hitler’s conquest of Europe poses the real threat of invasion.

In desperation, and with no help from anybody – America would not enter the war until the attack on Pearl Harbour on 7 December – Prime Minister Winston Churchill ordered the formation of a spy network in France to cause as much trouble as they could to the Nazis.

Stationed at the headquarters of the newly formed, barely resourced Special Operations Executive (SOE), Atkins works tirelessly with Colonel Maurice Buckmaster (Linus Roache) on administrative issues upon which many lives depend. One bad decision at their desks could mean many dead out in the field.

Meanwhile, Hall and Khan are undercover in France, tasked with recruiting other spies and working with the French Resistance to cause what disruption they can with meagre means.

Hall, an American, is enthusiastic yet limited in mobility because she has but one leg and an artificial limb called Cuthbert. Khan is a skilled wireless operator whose work sending encrypted data back to England is all the more valuable because she’s the only one the British can afford. Thus, whatever espionage they conduct is on a pretty fragile footing.

Working against them are double agents, French citizens who collaborate with the Nazis, the dreaded Gestapo and the notorious Klaus Barbie (played with officious smarm by Marc Rissmann), aka the Butcher of Lyon.

On top of portraying Virginia Hall, Sarah Megan Thomas conducted extensive research to write the screenplay for the film, and served as a producer.

With sturdy, if unadventurous direction by Lydia Dean Pilcher (an acclaimed producer based in New York), the clear intention with A Call to Spy is to illuminate a little-known chapter in the war against Nazi Germany.

On that score the film serves as a fine, honourable tribute to the incredible bravery of those unheralded women who formed a crucial part of the Allied spy operation, an endeavour that exacted a huge human price, as detailed in the sobering pre-credit epilogue that closes the story.

As worthwhile as the film is, though, sprinkled throughout are tell-tale signs that it did not have much of a budget; the film’s “action” highlight was clearly done on the cheap and the quality of the period recreation wavers considerably.

Most set-ups look quite detailed and convincing, though too many scenes feature props and costumes that look as though they were hired on the proviso they could not be sullied.

Almost every uniform, especially those gleaming Nazi outfits, looks like it came to the set fresh from the cleaners. Same goes for those giant Nazi banners dangling from buildings, crisp as freshly laundered bed linen, while every vehicle that passes in front of the camera seems to have had a showroom finish applied before shooting.

Surely, things could have afforded to look a little more beaten up. After all, a full-on war is supposed to be going on.

A more serious quibble is how the film flinches when it comes to the grittier parts of the tale, such as when people confront the sharp end of Nazi captivity.

The filmmakers didn’t have to go to Marathon Man extremes, but it seems a tad ingenuous when telling a serious, fact-based war story to sidestep such difficult moments.

Occasionally in movies the graphic depiction of violence is called for, particularly if it involves close-up coverage of a key character meeting their end in the infamous Dachau concentration camp.

If filmmakers don’t want to be that vivid, they should place the camera ten paces back, showing less detail while giving the moment more impact, a technique Steven Spielberg refined to an art in Schindler’s List.