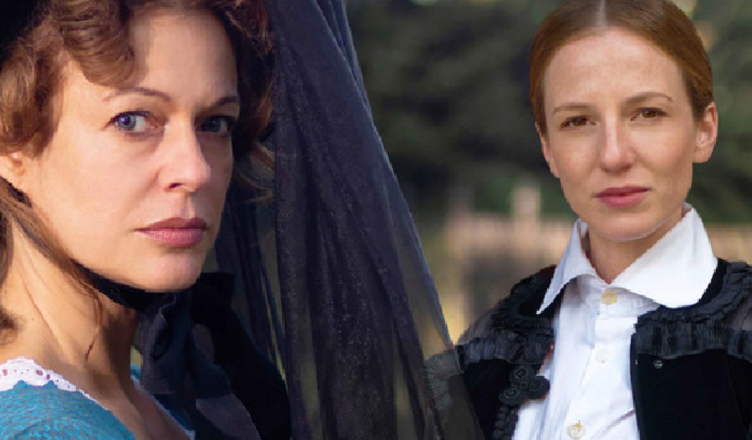 EFFIGY – POISON AND THE CITY *** (84 minutes; subtitled)
One of the most noble duties cinema can perform is to shed light upon hidden chapters of history, the primary purpose being to end its time in obscurity and highlight, through an entertaining dramatization, how undeserving its former fate was.

Such is the case with Effigy – Poison and the City, an intriguing, slow-burning historical drama that tells the singularly bizarre story of Gesche Gottfried, a woman who lived in the German town of Bremen in the 1820s.

Gottfried was beautiful, intelligent, wealthy, charitable, personable, popular and, as the film makes abundantly clear, totally out of her mind.

Over the course of her life Gottfried quietly dispatched 15 people yet, as portrayed by Suzan Anbeh, she had the air of somebody who not only wouldn’t hurt a fly, she’d adopt it as a pet.

She is so loved by the locals she is dubbed “the Angel of Bremen”.

That is until the amount of vomiting caused by poisoning and a suspect slice of bacon is brought to the attention of local businessman and judge Senator Droste (Christoph Gottschalch) and his new assistant Cato Bohmer (Elisa Thiemann).

As a modest proto-feminist entering the male domain of the law, Bohmer is the story’s anchor, serving as the conduit through which we witness the investigation, including narration that is curiously delivered in English.

Making the most of the well-preserved period setting, director Udo Flohr – who co-wrote the film with Antonia Roeller and Peer Meter, on whose play the film is based – is in no hurry to get to the inevitable arrest and interrogation scenes.

Using very carefully composed framing – Flohr knows how to use stillness without becoming stilted – she slowly peels back the details of the killings and Gottfried’s morbidly fascinating methodology, as if you’re watching CSI: 1828.

This involved lacing the food and drink of her victims with “mouse butter”, a rodent poison made of lard and arsenic.

Blend a bit of the stuff into someone’s beverage or sandwich and apparently they won’t notice anything’s amiss until they begin vomiting violently before dropping dead on the spot.

Parallel to the investigation are the efforts by Droste to get the town to invest in a new-fangled technology called the steam engine, which he tells prospective investors are a big success in England’s burgeoning rail network. But they won’t bite at the time and money-saving proposal, preferring to stick to very expensive shipping.

This B-story does introduce some kinks into the film’s flow. While it signals the march-of-progress mentality at the time as the industrial revolution was gathering pace along with some political chicanery, it is left a little blurry.

The main point of it, apparently, is to contrast the ingenuity of the age with human insanity, something everybody in Europe was to see a lot more of over the ensuing century.

Given how Gesche Gottfried was virtually unknown to pop culture – Rainer Werner Fassbinder made Bremen Freedom a 1972 TV movie based on his play – the understated film provides an increasingly absorbing profile of what went on.

Impressively mounted on an obviously low-budget, Effigy doesn’t seek to make an aggressive case for Gesche Gottfried to be inducted into the pantheon of movie serial murderers.

It doesn’t need to.

Many of Gottfried’s victims were members of her own family, including her children. If there was any pattern at all to her killings it was to poison the nearest target of opportunity, regardless of who they were.

Indeed, one of the things the film nails with disturbing clarity is how the issue of motive is rendered irrelevant when authorities are confronted by an enigmatic killer for whom the question “why?” doesn’t even register in their mysteriously twisted mind.