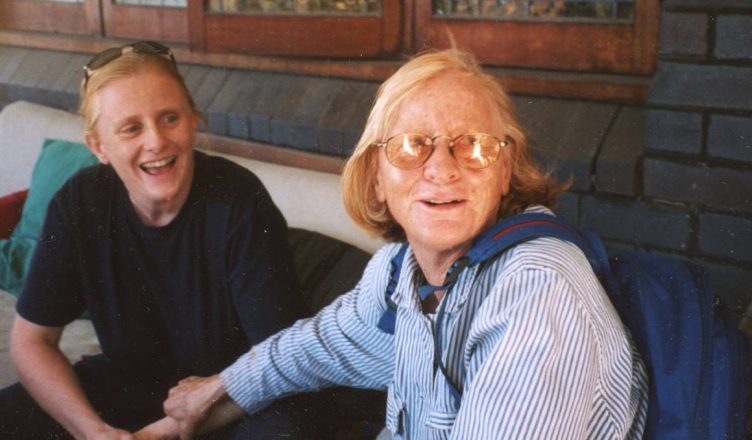 Thorny portrait: Director Jane Castle with her mother Lilias Fraser in ‘When the Camera Stopped Rolling’.

WHEN THE CAMERA STOPPED ROLLING ***1/2 (75 minutes) M
It was clearly a tough task for cinematographer Jane Castle to pay tribute to a mother who left a notable legacy in film yet hurt her so much.

Still, in her remarkable, deftly made and deeply personal documentary When the Camera Stopped Rolling Castle renders an often lyrical portrait of Lilias Fraser that acknowledges her trailblazing professional achievements while delving into the darker side of their troubled relationship.

As a piece of cinematic archaeology, the film serves as a sort of rescue mission for the legacy of Lilias Fraser, saving her accomplishments from fading into the obscurity otherwise fated to them by a system that still struggles to value the contribution of women to the evolution of Australian film.

Using reels of archival footage, Castle chronicles her mother’s work as a documentary maker, covering her work with industrial films and more issue-based films, including the break-through 1970 documentary This Is Their Land, about the fight for aboriginal land rights.

In detailing the personal and business relationship between her mother and father Norman Castle, the film reveals just how difficult it was for a female filmmaker to make inroads into what was adamantly a man’s world.

Though Castle is careful not to overplay her mother’s virtues, she properly stresses how fortitude in the face of systemic sexism was clearly one of them.

It is the troubled mother-daughter relationship that forms the heart of Castle’s moving portrait. Alongside Fraser’s pioneering work were issues of alcoholism, abuse and depression, all unpacked with tact and honesty in equal measure.

There’s an argument that Castle errs on the side of being too subdued at times, especially when covering her mother’s tragic death in 2004.

Still, When the Camera Stopped Rolling offers a quietly profound, three-dimensional look at a complicated, flawed filmmaker and the daughter who recognizes her successes while bearing the brunt of her failings.

Footnote: While When the Camera Stopped Rolling does a fine job restoring the public profile of Lilias Fraser, somebody needs to get on to IMDB and list all of her work, which includes about 40 documentaries. At the moment her only credit is her appearance in this film. There’s not even a bio.

Director Jane Castle made her mark as a cinematographer, most prominently through her music video work with U2, Midnight Oil and Prince.

She was kind enough, via Skype, to discuss the making of When the Camera Stopped Rolling, the huge effort to fund the film, how she turned her back on a lucrative career for the sake of art and what she’s up to next.

Jane Castle interview index
00:00 Describing Lillias Fraser;
01:00 Pioneering female director fighting sexism;
01:45 “She was pretty much an unwitting proto-feminist trail-blazer”;
02:25 Film designed to keep her legacy from fading into obscurity;
03:45 Why the decision to make a film so long after her death?;
04:05 “I never actually wanted to make a film about her. I kinda had the shits with her.”;
04:25 A film about death;
05:40 How her understanding of Lillias continued during production;
07:10 Is she finally at peace?
07:40 Reaction to old photo;
08:10 “In a way the film helped us to connect”;
08:25 Criticism over how she covers her mother’s death;
10:40 In praise of the film’s coverage of alcoholism; depression;
11:10 Researching her mother’s personal archive;
13:00 Letters;
13:30 Funding; Thanking a cast of thousands;
14:30 “We had a massive crowd-funding campaign for this film”;
15:18 “I was like a sponge ’cause I was inexperienced, this was my first feature documentary, and I would take any advice I could get”;
16:00 Life choices; Turning her back on a lucrative lifestyle for art;
17:10 “Let’s say it out loud: Leprechaun 2!”;
18:15 How she makes a living now; training to be a psychotherapist;
19:00 Chris Rock-Will Smith incident.