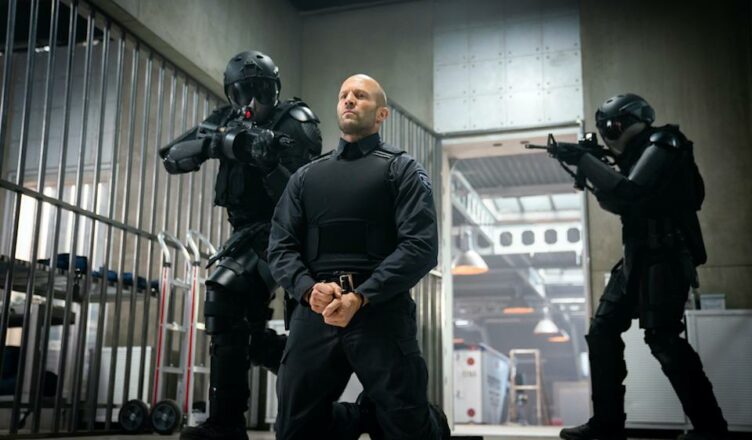 In a pickle: Jason Statham stars as an armoured car security guard in ‘Wrath of Man’.

WRATH OF MAN **** (119 minutes) MA
While it’s perfectly true that action man Jason Statham does nothing in Guy Ritchie’s Wrath of Man that really extends his limited range as an actor, he has nonetheless placed himself in the middle of a tense, tautly directed heist film that easily ranks as the classiest action film he’s done to date.

Bearing that chiselled, stony-faced expression that underscores how much he owes to the legacy of 1970s action man Charles Bronson, Statham plays ‘H’, a taciturn gent who has just landed a job with an armoured car company.

A recent robbery of one of their vans claimed the lives of several employees so the company is extra vigilant about getting hit again.

Initially H passes all his tests adequately, with his use of a firearm just making the grade.

Another hold up reveals H as being a tad more able with a gun than he let on. He’s a hero and an inspiration, says the company head. He’s the type of guy they need in the field, protecting the millions they transport across Los Angeles each day.

What’s he up to? A series of timeline jumps establish a powerful revenge motive. They also tell of a gang of professional crims lead by Jackson (Jeffrey Donovan from Burn Notice), a cool operator planning the heist-to-end-all-heists, a commando-style operation that will provide retirement funds for those in the gang who survive. 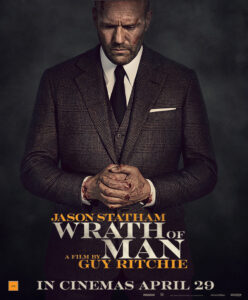 Statham’s Easter Island acting style has never been deployed as well as it is here, especially when his true objective is revealed.

Hot from his career-high film The Gentlemen Ritchie builds tension masterfully in a well-thought through plot with lots of character intrigue and story turns.

And when the action hits Ritchie goes next-level. It’s not the playtime-with-guns mish-mash we’ve seen in some of his early films (Lock, Stock; Revolver; RocknRolla, The Man from U.N.C.L.E., etc). When things get nasty it’s serious business with a lot at stake and some of the sharpest action-movie editing we’ve seen for a while. It’s Michael Mann standard.

Blessed with an eye-catching, refreshingly non-generic poster (above), Wrath of Man is a remake of the 2004 French film Le Convoyeur, written and directed by Nicolas Boukhrief.