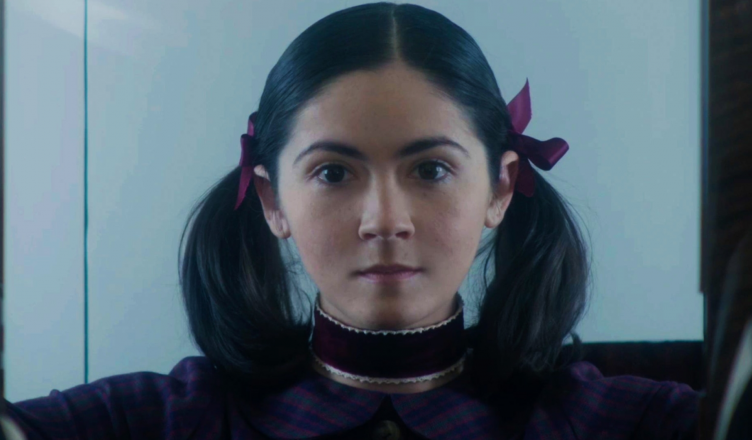 ORPHAN: FIRST KILL ***1/2 (98 minutes) MA
Little Orphan Esther is back and, if anything, our favourite psycho in pigtails is creepier than she was the first time around in 2009.

We don’t often associate movie prequels with originality or style or even decent stories, yet Orphan: First Kill is that rare jewel – a classy, finely hewn franchise film with a fresh feel.

Rarer still is that it comes hot on the heels of the like-minded Prey, the sprightly Predator prequel that rebooted the tired six-film old series.

Two terrific prequels within the space of a few weeks? What are the odds?

Tautly directed with a cool sense of style and pacing by William Brent Bell (from a screenplay by David Coggeshall), Orphan: First Kill is an excellent, adult-oriented psychological thriller.

Marked by a chilling opening reel, it that takes us back to a frost-covered Estonian mental health facility where we learn of the evolution of Esther – played again by the marvellously stone-faced Isabelle Fuhrman – and how she cleverly managed to inveigle her way into the welcoming bosom of a wealthy, art-loving family in cold, cold Connecticut.

Though the film taps into our collective fear of creepy movie kids – and haven’t there been a lot of terrifying tykes – it assiduously side-steps the horror movie conventions that, in lesser hands, would have been laid on with a trowel.

Instead, Orphan: First Kill merrily takes its own unpredictable path through a dark, disturbing, singularly violent tale of deceit, manipulation and cold-blooded dispatching of annoying obstacles that dare interefere with Esther’s plans.

As lead creep, Isabelle Fuhrman is killer, imbuing Esther with a disturbing presence, her carefully managed veneer of sweetness and timidity effectively masking her intelligence and calculation from everybody – well, almost everybody.

These attributes are deployed with surgical precision as she deals with her sneering new brother Gunnar (Matthew Finlan) and frosty foster mother Tricia, played with super-cool conviction by Julia Stiles (forever Nicky Parsons from the Bourne films).

That Fuhrmann is some 13 years older than she was in Orphan is a non-issue here.
She does not appear to have aged.

Neither does Esther’s distinctive dress sense, her signature choker, pigtails and high-collar dresses suggesting a kid – or at least somebody resembling a kid – who enjoys the idea of control just that little bit too much.