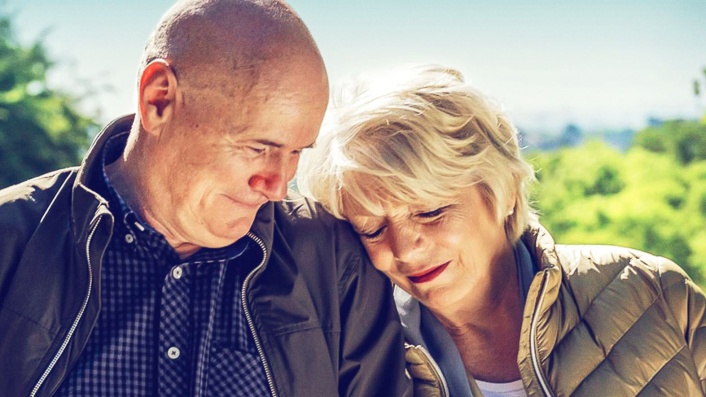 Things start slowly, with Fern reluctant to be anything more than friends with Dave, having just been abandoned by her husband who has taken up with his young secretary. Dave has his own issues with his family and troubles with the rent that might see him relocated.

Although we naturally expect the two to eventually hook up, writer/director Paul Morrison oddly extends that sense of inevitability to Dave and Fern. Both of them presume almost from their dog-walking meet-cute that their new friendship will automatically develop into something more intimate. It’s a creative slip that has the characters acting as though they know they’re in a romantic film.

That stumble, regrettably, robs the romance of some tension, though there is due compensation as problems come into play about their emotional baggage and issues regarding secrets and matters of trust are exposed.

All in all, it’s quite well done and occasionally touching, thanks chiefly to the wonderful, affecting performance from veteran Alison Steadman (Gavin & Stacey; Life is Sweet).

Her on-point portrayal of an elderly woman hungry for affection after being emotionally short-changed is the most moving thing in the film. Steadman puts in some terrific acting.

Unfortunately, the same can’t be said for the performance by Dave Johns. Having been so good in Ken Loach’s I, Daniel Blake, here he is unaccountably stiff and stilted, unable to match the naturalism and emotion that permeates Steadman’s presence. Johns just can’t seem to hit the heights or depths his co-star can. Was the role miscast, perhaps?

It’s a regrettable mismatch in an otherwise sweet film that is all about finding the perfect match before the clock runs out.

And it is always good to see another movie join the ever-growing register of films with vintage actors dealing with the ups and downs of elderly life.

That noble genre was kicked off by 1981’s On Golden Pond and (of course) 1985’s Cocoon and has recently been rejuvenated by such notable films as: The Bucket List; About Schmidt; Something’s Gotta Give; Nebraska; The Good Liar; It’s Complicated; The Intern; the Best Exotic Marigold Hotel films; Amour; Hampstead; The Farewell; Youth; Last Vegas; The Mule; Poms; and Rocky Balboa.

That’s quite a movie menu, especially given how most of them were huge hits and Oscar magnets. Talk about Hollywood tapping into a new demographic.