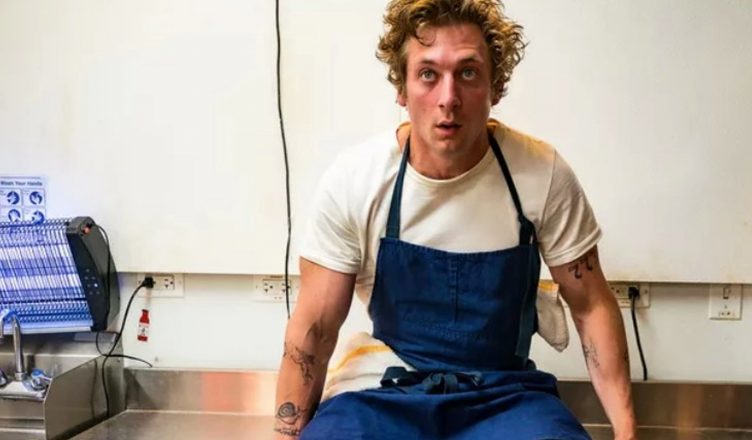 Under pressure: Jeremy Allen White plays a stressed-out chef in ‘The Bear’.

THE BEAR ***1/2 (247 minutes; 4 hours, 7 minutes) MA
whole series review
It happens occasIonally that something really, really good, a terrific series that’s kept you engaged and fully invested for most of its run, stumbles as it approaches the finish line.

That’s the case with The Bear, an excellent show that flubs its finale.

Easily one of the most buzzed about titles in the stream, The Bear follows the faltering fortunes of a much-loved but financially strapped neighbourhood sandwich bar in downtown Chicago where Carmy Berzatto (Jeremy Allen White from Shameless) has left his lucrative job as a premium chef in a world-beating restaurant to see if he can resuscitate the place in honour of his beloved, deceased brother.

The task before him is as straight-forward as it is daunting – bring order and structure to the chaos that has infected the kitchen.

Adding to the degree of difficulty are increasingly impatient creditors, health department cautions, an angry sister and a workplace ridden with discontented staff and a new intern who might bring some light to Carmy’s multi-layered predicament.

Central to this clamourous, blistering, swiftly directed, stress-crammed eight-part comedy drama is the dual-edged challenge of preserving the spirit and nature of a place while simultaneously confronting the need for change. It’s a bitter pill for many of the characters to swallow when the traditional ways of doing things no longer cut it in the fiercly competitive, cut-throat world of a post-Covid economy.

Heading a very good ensemble, White is an over-heated ball of energy, perfectly embodying the tightly-wound mindset of a man hanging on by his fingernails. The harsh realities of his plate-spinning situation come to a head in the magnificently staged Episode Seven as it captures a string of especially bad experiences in one extraordinary take.

Carmy’s wild ride does have its quieter, less desperate moments many of which involve the warm intervention of his loving uncle Jimmy Cicero (Oliver Platt). His generous offers to buy the place will solve all of Carmy’s problems come with just one condition – plans to utterly transform the eatery, which would effectively erase his brother’s legacy.

The Bear is such an engrossing, entertaining show – yet the final 20 minutes are baffling: all of a sudden the palpable, real-world atmosphere the series has worked so hard to build gives way to a major story twist that simply doesn’t play, reaching for quick fixes and easy answers.

It’s the only sore point in an otherwise excellent endeavour.