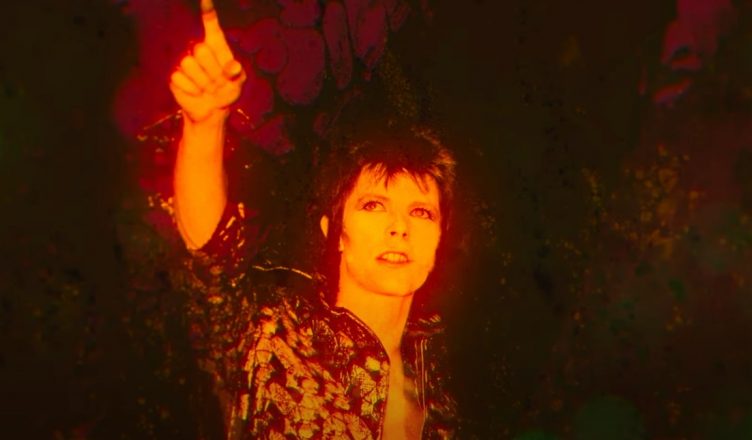 His brilliant career: David Bowie is profiled in the bio-doc ‘Moonage Daydream’.

Compiled from archival footage and narrated by Bowie, writer/director/producer/editor Brett Morgen mounts a noble attempt at the impossible by digging into the artist’s creative psyche to explore what made such an inspiring, hydra-headed, visionary talent tick.

Some of the rapid-fire editing montages do get a bit over-the-top, with Morgen happily taking images from Bowie’s films and music videos and splicing them into new contexts.

For all the seemingly random sampling of quips and interview clips (most of which are on YouTube), the film does construct an arc as we see Bowie’s early persona as an otherworldly, androgynous, colourfully costumed, moderately transgressive but ultimately benign pop star morph into a more sedate, almost mellow artist eager to put something positive into the world.

Of course, there is plenty left out. Bowie’s life-long love of smoking probably deserved some attention, and while we get glimpses of him and Tina Turner performing in that famous 1980s Pepsi ad, there’s no mention of Bowie’s aggressive attitude in favour of concert sponsorship.

Still, you can’t cram everything about a life so big into a mere documentary. What makes Moonage Daydream so enthralling to behold is that director Morgen has given it the good old college try.