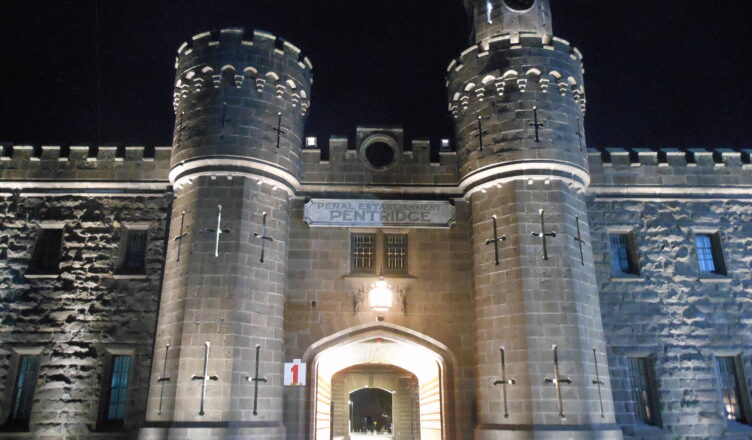 As host to the new Palace cinemas, the former Pentridge prison is now the place escape to, not from.

The luxury 15-screen cineplex is the biggest yet opened by Palace Cinemas and is part of the impressive redevelopment at the haunting, heritage-listed site. The place was once home to the infamous Pentridge prison, much of which has been preserved and repurposed as a family-friendly place to live, shop and relax.

The soiree was replete with free cannoli, drinks and snack packs that the invited could quietly ingest while enjoying the premiere of the new Australian murder-mystery The Dry, which opens on 1 January.

The film’s star Eric Bana and director Robert Connolly were in attendance to introduce the film, screened in staggered sessions across several cinemas to accommodate CV-19 social distancing requirements.

There was also, of course, plenty of hand sanitizer available at the event, including the after party in the complex’s vast foyer area, which is serviced by a very considerable bar.

Beneath the air of celebration, however, was the sad likelihood that the opening of the Pentridge Cinema facility might be the last such occasion we see for a very long time.

Indeed, the Covid-19 lockdown, which has disrupted all corners of the movie industry, hit the independent movie chain especially hard. Pentridge Cinema was actually ready to open in March, so has stood idle for about nine months.

Zeccola, 46, is the second-eldest son of the legendary Antonio Zeccola who established Palace cinemas in 1970 and whose tectonic influence on Australian film culture earned him a Queen’s Birthday Honour (an AM) in 2017 for significant service to the visual arts.

With a glass of red in one hand, Zeccola was kind enough to step away from the opening night crowd and step out onto the facility’s balcony to talk about Pentridge Cinema, his hopes for the immediate future and his reflections on the hard year just gone.