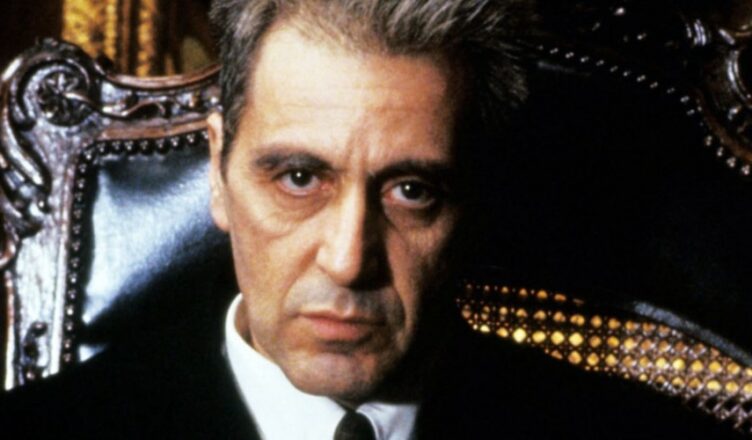 Losing it all: Al Pacino as Michael Corleone in ‘Godfather Coda’.

MARIO PUZO’S THE GODFATHER CODA: THE DEATH OF MICHAEL CORLEONE **** (161 minutes) MA
Not for the first time, legendary director Francis Ford Coppola has returned to the editing suite to tinker with his Godfather epic, his aim this time being to commemorate the 30th birthday of Godfather III by reconstituting it to the way he and Godfather creator Mario Puzo originally envisioned it.

To be honest, not much of any import has been altered, apart from a new opening and a less definitive ending – intended, no doubt, to raise hopes for a fourth Godfather film, which Coppola championed until Puzo’s death in 1999, and that Paramount still has the rights to. (What a great coda to Coppola’s career a fourth Godfather would make.)

Diehard fans might notice some of the micro-tweaks Coppola has introduced – Don Altobello’s (Eli Wallach) pre-massacre exit from the grand dinner is no longer so clumsy – but it is essentially the same splendid film it’s always been and with the same ancient message, that crime doesn’t pay.

The film’s story arc is now cinematic folklore. As ageing mafia Don Michael Corleone (Al Pacino) tries cutting the last of his criminal connections so he can become a legitimate business tycoon his past refuses to leave him.

Not even extending a huge loan to the troubled Vatican bank is enough to free him of the underworld he once ruled, a frustration that delivers the film’s defining utterance: “Just when I thought I was out, they pull me back in”.

If anything, time has amplified the tragic gravitas of the Godfather legacy, and retitling the film Godfather Coda is perfectly apt. Despite all his wealth, power, influence and vows to protect those dearest to him, Michael loses everything he loves. That finale on the opera house steps is still heart-breaking and anyone who fails to find it moving should check for a pulse.

If this re-release does any good, it will hopefully correct the unfair reputation Godfather III has endured of being an unworthy part of the trilogy. It is not a case of redemption because there was nothing amiss with the film to begin with.

It should certainly redress the unwarranted bashing Sofia Coppola – now an acclaimed director – got for her performance as Michael’s daughter, which is perfectly fine. Yes, perhaps Winona Ryder, who was originally up for the part, might have brought different shades to the part, but Coppola does well as she tries reconciling the dark rumours about her father with his desire to be seen as an honourable man.

The advent of Godfather Coda serves as a reminder of how, among all his other achievements, Francis Ford Coppola has up-ended a belief Orson Welles once held dear, that once a film was finished, that was it.

Though he did not invent it, Coppola embraced and adrenalized the concept of the “director’s cut”, the notion that even classic films were subject to revision and could be revisited by their creators, with good intentions in one hand and a pair of editing scissors in the other.

In the 1970s Coppola recut the first two Godfather films for TV, adding new footage and putting the saga in chronological order by rearranging the events of Godfather II to bookend the original Godfather story.

Coppola also recently re-edited 1984’s The Cotton Club and in 2001 famously issued a director’s cut of his 1979 Vietnam war masterpiece Apocalypse Now. It featured about 50 minutes of extra footage that was meant to redress Coppola’s disappointment that the first film was edited as an action film.

In the case of Apocalypse Now the re-edit didn’t really do anything to enhance the original version, and arguably made some parts weaker, such as the encounter with Colonel Kilgore (Robert Duvall), whose famous final line in the original was spoilt by a comic follow-on.

With Godfather Coda it’s all good. Though it is largely the same film, the new opening and closing adds punch to what has for too long been considered an unworthy and unnecessary addition to the Godfather saga, when it is anything but.

A third chapter was always needed to show how Michael turned out, and how his life eviscerated the thing most precious to him – his family. Coppola’s reissue should help reassert the film’s rightful place as the closing stanza of the greatest tragedy of modern cinema.

On digital and Blu-ray.