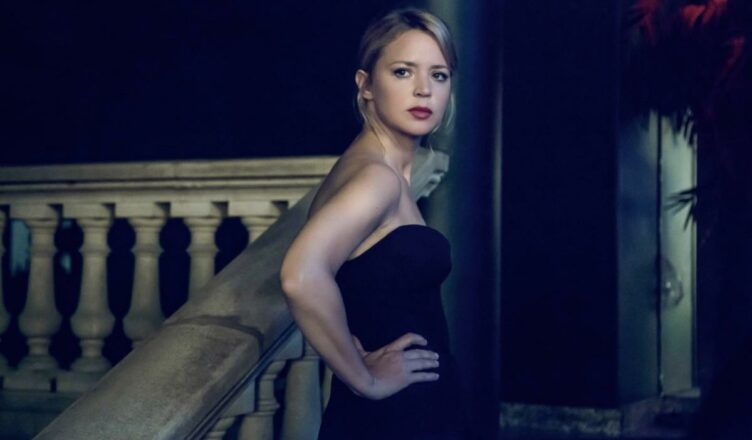 Off the couch: Virginie Efira plays psychiatrist Sybil, a wannabe writer in the drama ‘Sibyl’.

SIBYL **1/2 (101 minutes; subtitled) MA
Movies have long made a meal of psychiatrists, often portraying them as being more nutty than their unfortunate patients.

That tradition holds fast in Sibyl, a disposable drama about a supposed expert in human behaviour who has so many personality flaws she has to consult an analyst herself.

Sybil (Virginie Efira) is an attractive middle-aged mid-town shrink who has decided to give up her lucrative practice so she can devote all her time to her one true passion, writing.

Problem is, she doesn’t have an idea in her head on what to write about. Fortunately, she has kept a few patients on the leash from whom she can draw upon for inspiration, or at least plagiarize. Even more fortunately, she appears untroubled by any professional code of coduct or ethics.

Margot is in the middle of making a film that could make her career. Regrettably she’s had an affair with her leading man Igor (Gaspard Ulliel), has consequently fallen pregnant and is agonizing with Sybil about whether an abortion is a good move or not.

Making matters worse is Margot’s German film director Mika (Sandra Huller, so good in Toni Erdmann) whose level head is being tested by the emotional complications Margot and her sexual shenanigans are bringing to her set.

The film is in the middle of location shooting on Stromboli, an Italian island just north of Sicily that has a thriving tourist business on its coast and an active volcano at its peak.

Without any noticeable shame or guilt, Sybil strip mines all the events and utterances in Margot’s scrambled life, often recording them and transcribing them straight into her word document in the hope that it will make a good novel.

Even though writer/director Justine Triet (In Bed with Victoria) tries hard to make Sybil sympathetic by flashing back to her earlier relationship she comes across as dry, detached and a tad unfeeling. And that’s on top of the rather large story hole that her so-called passion for writing doesn’t have much to back it up.

After all, why would she shut down her practice if she’s got such a severe case of writer’s block? If you’re going to give up your career to write, shouldn’t you at least have an outline for your project?

The film looks great once it goes doors yet the only real spark is the performance by Sandra Huller as Mika, the hapless, increasingly frazzled director who is trying to keep her head together long enough to finish her precious film.

There are moments where she seems to hope that the oozing crater above them will erupt and inject some energy into her lacklustre actors. The same could be said of the film itself, which could have at least done with a more likeable central character along with a few more laughs.

Sibyl is available on Google Play, Apple, YouTube and DVD.