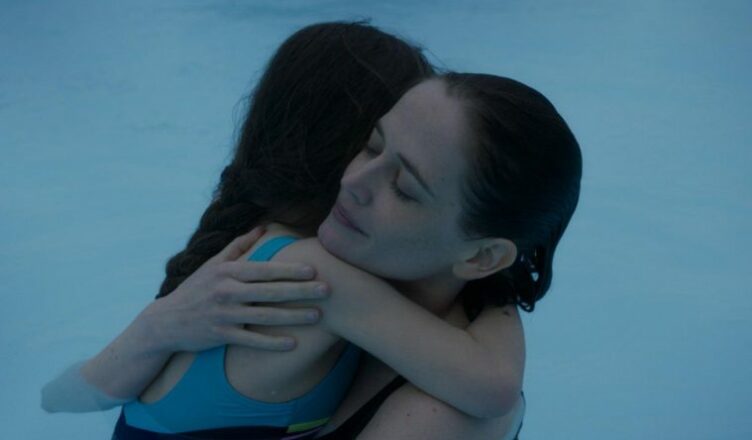 Mother love: An astronaut prepares to leave her daughter in the feel-good drama ‘Proxima’.

PROXIMA ** (108 minutes; subtitled and English) M
All of the attendant challenges and tensions a modern woman faces in juggling a demanding career with family life get a lukewarm working over in French writer-director Alice Winocour’s half-baked feel-good mother/daughter drama.

Sarah (Eva Green) is an astronaut in training with the European Space Agency for a year-long mission to the International Space Station. Preparing for the gig is tough enough, but she also has to deal with being a single mother with a feisty daughter Stella (Zélie Boulant-Lemesle).

The film got access to various training facilities, so lending it some great production values and a decent degree of veracity as Sarah is put through her paces on the treadmill, in the centrifuge and the giant water tank, which approximates the weightlessness of space.

Conveniently, on the domestic front Sarah is blessed with a very supportive, non-adversarial ex-partner in Thomas (Lars Eidinger), who just happens, even more conveniently, to be a scientist working on the same space project, so is always close at hand. There’s also a full-time, all-expenses-paid psychologist Wendy (Sandra Huller from Toni Erdmann and Sibyl) monitoring the situation and providing support.

All this positivity is comfy but it doesn’t exactly generate much conflict. Nor does the story, which seems to spend all its time on the least engaging half of Sarah’s journey.

It is a tad perplexing given the premise why Winocour is so dramatically unadventurous. Sarah is to be physically separated from her daughter for an entire year, so surely the most interesting part of that scenario is how they relate after she returns.

Yet Winocour concentrates solely on events before the mission, the result being scenes that do little more than offer variations on how much she’s going to miss Stella, how Stella will cope and the fear that Sarah might not return, a potentially rich theme that is chronically under-developed.

It’s sweet, but it’s weak with the film offering no real drama other than the anxiety that comes with impending separation.

There is a small amount of tension with Sarah’s American colleague Mike (Matt Dillon, looking fine at 56) who rattles her over being under-qualified for the task.

This, too, falls flat. Though her competence is a supposedly mission-threatening issue Mike doesn’t pursue it or make any objection with the gravity you’d reasonably expect. It’s a limp element to the story that doesn’t even bother playing up his implicit sexism. We even see Sarah screwing up, but it’s never fully addressed.

There are also a few too many cozy concessions to the film’s feel-good brief, with Stella allowed to muck around in high-level mission meetings and wander around the grounds of the facility at will.

Most disappointing is how, late in the piece, the film dumps all interest in realism to mount an elaborate – and dramatically unnecessary – mother-daughter bonding scene.

Apart from being mawkish it suggests that if the standard of security at ESA training facilities were really so slack they’d never get anything off the ground.

And getting off the ground dramatically is the one thing the film can’t quite manage.

Proxima is available on DVD and streaming.