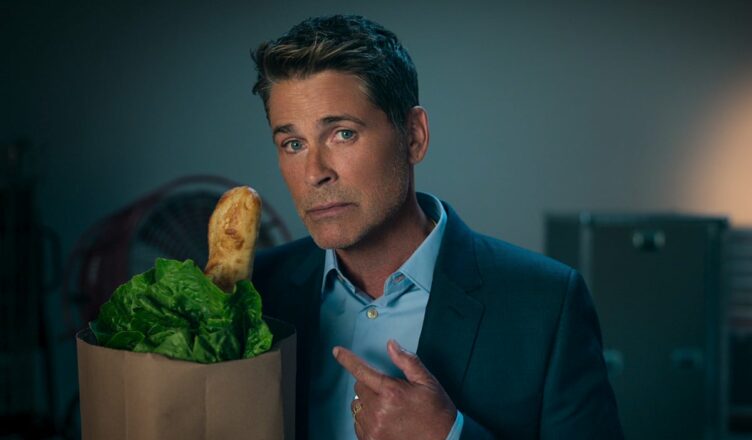 ATTACK OF THE HOLYWOOD CLICHES *** (59 minutes) MA
A very funny run-through of some of the beloved clichés that have graced cinema, presented by a very funny Rob Lowe (so good in Parks and Recreation), this sprightly one-hour fun package is, of course, far-from-comprehensive, otherwise it would have run five hours.

The important thing is that all the major clichés are covered: the rom-com meet-cute; the maverick cop; the token woman; the importance of apple eating; fist fights on top of trains; the jump scare.

Along with a handful of critics there are some lovely comments from actors and filmmakers, with Richard E Grant besting an impressive roster that includes Florence Pugh, Andie MacDowell (Four Weddings and a Funeral, which was encrusted with rom-com clichés), Mark Strong, Andrew Garfield and Robert Englund (aka Freddy Krueger).

Due tribute is paid to the seminal influence of Dirty Harry and the cliché-defying Jackie Chan, and we get nice nuggets of cinema history including the Hayes Code, which was introduced in the 1930s to dial down the sexual content in movies, then discarded in the 1960s when film goers got sick of seeing sex represented by a train going into a tunnel.

While the special has fun with Hollywood clichés it stops short of dismissing them altogether, citing them as convenient ways to convey important story points.

After all, where would we be without montages, an editing technique pioneered by Sergei Eisenstein in 1925’s Battleship Potemkin and perfected in Rocky IV?