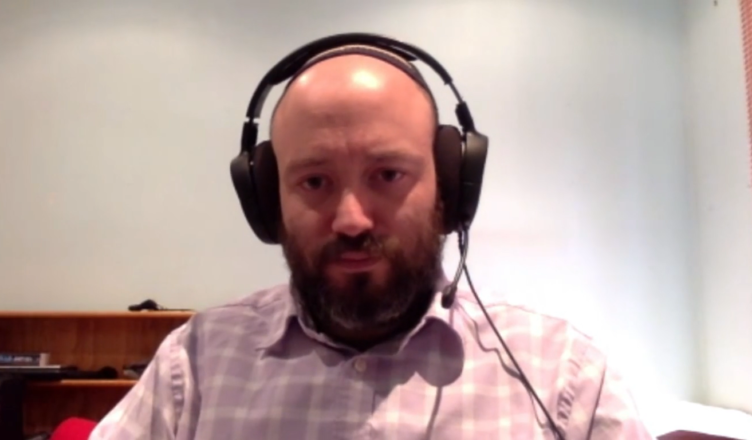 “Babi Yar was, at that time, the largest massacre to have taken place.”

Eighty years ago on 29 and 30 September, 1941, Jewish civilians from the Ukrainian capital Kiev were taken to Babi Yar, a nearby ravine, and murdered by the Nazis.

On the pretext that they were going to be deported, a flyer went up around town on 26 September ordering Jews to turn up and register at a location near the railway station. They were to prepare for a two-day trip, bringing clothes and valuables.

They were then systematically stripped of their belongings and clothes as they were lead to Babi Yar where they were shot.

In all, 33,771 people perished. The site continued to be a killing ground for the next two years. The Syrets concentration camp was also established there. Conservative estimates put the total killed at Babi Yar during the German occupation at more than 120,000.

The events of 29-30 September 1941 are significant for two reasons. Babi Yar was the largest massacre of Jewish people up to that point. It was also the most systematic; the methods of execution became standard for the rest of the “Final Solution”.

To commemorate the 80th anniversary of the atrocity, Dr Simon Holloway, Head of Education at the Jewish Holocaust Centre in Elsternwick, Melbourne, was kind enough to talk us through Babi Yar and the place it holds in the history of the Holocaust.

Babi Yar was just one of many atrocities conducted by the Nazis in 1941. The entire campaign is chronicled in the excellent 2009 French four-part documentary Einsatzgruppen: the Nazi Death Squads. The series is available on Netflix. Here’s a review.

The 1988 mini-series War and Remembrance featured a graphic and historically accurate recreation of the event. (Ignore the factually inaccurate reference to Eichmann at the beginning of the clip.)

For a series of testimonials and documentaries about Babi Yar go here. Caution: some of the descriptions and many of the images featured, especially in the documentary clips, may prove highly distressing to some. These include footage of actual executions.