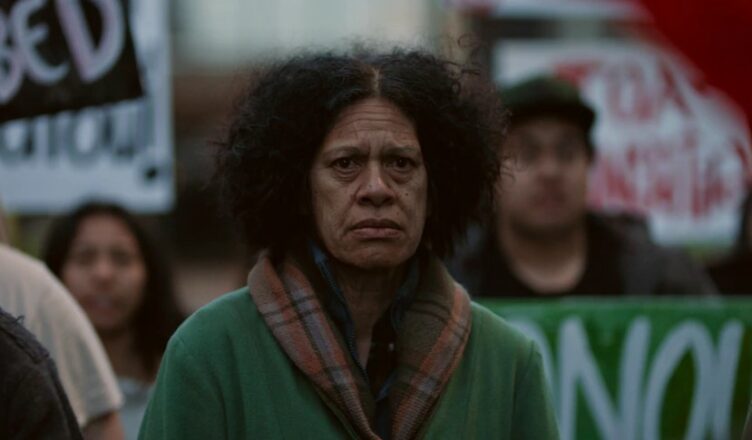 COUSINS **** (98 minutes) M
The quiet power of simplicity is brought to bear in a moving, often beautiful, often sad, life-spanning tale of three Maori cousins – Mata, Missy and Makareta – who are forced apart by social forces as children and grow up leading very different lives, each hoping, however forlornly, for a reunion.

Delicately directed with nuance and a love of close-ups by Ainsley Gardiner and Briar Grace-Smith, Cousins is essentially a story of faces.

The mesmeric opening frames of the aged Mata (Tanea Heke) staring wanly into the middle distance as she walks, ghost-like, through city streets perfectly sets the contemplative, introspective tone of the story. Now disconnected from her beloved cousins, she is a lost spirit, homeless, aimless and subject to the whims of happenstance.

Based on the 1992 novel by Patricia Grace, the non-linear narrative flits backwards and forwards throughout key moments of bonding, stress and separation in their disrupted lives.

It’s a skillfully deployed device that builds clarity rather than confusion about where each girl is as they make their way through government intervention, Maori rituals and the emotional struggle of coping with dislocation, loss of contact and the uncertainly that comes with it.

Each of the cousins are played by several actresses (Grace-Smith is the aged Makareta; Rachel House the older Missy) and their performances breathe with naturalism, the directors opting for a minimalist approach that serves to heighten emotional undercurrents and draw focus on what characters are thinking.

Entwined into the story are some unavoidable doses of politics regarding the effect colonialization has wrought on First Nations people, with Mata’s tale of orphanages and foster care forming the core of the narrative and giving dramatically strong voice to the issues of dispossession and loss of cultural identity.

Wisely the emphasis remains unfailingly on Mata’s journey; the politics in the film certainly informs the story but never distracts from the film’s personal story as it deftly explores the holes in the souls of these women and their dreams of connection and closure.

Briar Grace-Smith adapted the novel and is one of New Zealand’s most prominent and respected writers, her work across stage, TV and film earning her the Officer of the New Zealand Order of Merit in the 2018 Queen’s Birthday Honours.

That year Ainsley Gardiner’s 20 years as a producer in film and TV was recognized when she became a Member of the New Zealand Order of Merit.

The decision for them to co-direct Cousins lead to an intuitive understanding of how the story should be shaped for the cinema, with an emphasis on performance, pacing and cinematography, drawing on their Maori culture and community.

While the film is somewhat downbeat these women are anything but when in conversation about the film. During their visit to Sydney to launch the film they were kind enough to hit the couch the morning after a preview screening to discuss the film via Skype.

As you’ll see, they are in high spirits, even when discussing tough topics regarding cultural appropriation, entitled storytelling and unconventional filmmaking practices. They don’t even lose their cool when confronting the dreaded Schembri Challenge.

The one point where they do get a tad down-hearted is when reflecting on the differences between the place New Zealand’s First Nations people occupy in society compared to Australia’s indigenous people.