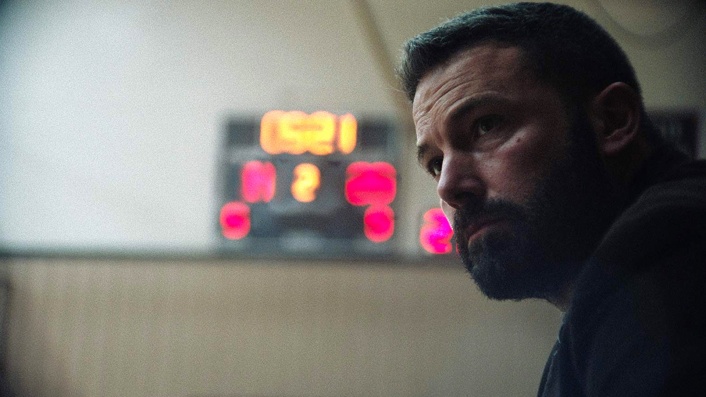 Drinking issue: Ben Affleck portrays an alcoholic in the drama ‘The Way Back’.

THE WAY BACK ***1/2 (108 minutes) M
Doing battle with the demon drink is a theme that has long provided rich fodder for films, and it does so again in a moving tale of depression and redemption as an alcoholic is offered a shot of getting his shattered life back together.

The power of booze to derail a person’s future is vividly demonstrated through the sorry tale of Jack Cunningham (Ben Affleck). Once a promising high school basketballer, a family tragedy has driven him to the bottle, or rather the can, dozens of which fill up the shelves of his fridge.

A job in construction pays the bills but his family life is a mess. Estranged from his wife, his sister tries helping out, but she’s too often at the wrong end of his temper.

Out of the blue comes an offer to coach the basketball team at the Catholic school where he was a much-lauded champion, and where his name still festoons its trophy cabinets and walls. The sight of them once filled him with pride, now they fill him with the shame of wasted potential.

The school’s team did well for a few years after his departure but it’s now the loser of the league. The players are an undisciplined, unmotivated rabble in dire need of leadership and inspiration.

What better calling could Cunningham pray for to provide structure for his empty life and purpose for his bruised soul? And as life continually teaches us, who better to provide inspiration than somebody who needs it themselves? The sight of seeing people be inspired can itself be inspiring.

It’s a wobbly road for Cunningham, of course. His love of swearing is a prominent problem for his God-fearing, rule-loving supporters at the school who do their best to guide him on his road to victory.

Affleck has made no secret of his long-standing drinking problems and the experience seems to have informed his authentic, often ugly portrait of a man teetering on the event horizon of complete collapse. It’s a searing, raw performance, easily Affleck’s best since directing himself in 2012’s Oscar-winning Argo.

The film does have an unapologetically religious element, though director Gavin O’Connor (he did the sports films Miracle and Warrior, and directed Affleck in The Accountant) never pushes it beyond its proper place in the bigger drama of Cunningham’s quest for redemption.

The film falls squarely into the genre of value-added sports films where people “find” themselves through the revelatory rigours of competition.

Many of these films have spiritual elements – think Rocky, Chariots of Fire, Field of Dreams – with the message that all people, no matter how distressed, can be reached and redeemed.

The Way Back also belongs to that long line of noble films to tackle the destructive evils of alcoholism, the eternal – and oh-so-true – message being that there is no problem a person can have that can’t be made worse by trying to drink it away.

Hence, there is a degree of predictability to the film, its narrative contours holding fairly close to the conventions of the genres dealing with sport and alcohol.

This, however, does not detract from the gritty, honest quality of the film or from the veracity of the things it has to say about self-control, self-awareness and self-respect – those three things alcohol robs you of, as the history of booze-related films have explored over and over.