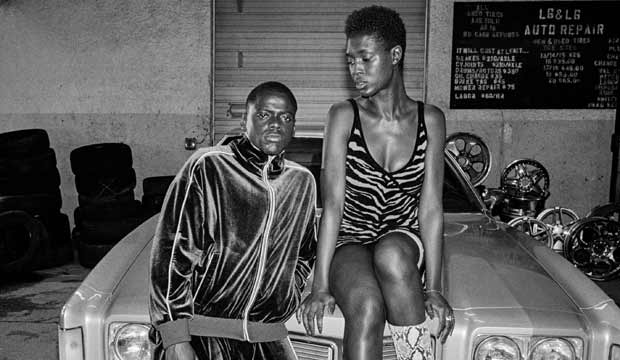 QUEEN & SLIM * (132 minutes) MA
Every once in a great while comes a righteous film so fuelled by passion and racial politics and bearing such a searing social message that you feel the pain of its story with such poignancy it makes you angry. Damned angry.

Well, buckle up, folks. Queen & Slim is a film that is bound to make you very, very angry. Not so much because of its jagged story about racism, violence and prejudice but because it’ll take from you two hours of precious life you’ll never get back.

There is a genuine problem with police violence in the United States with poorly trained, well-armed officers tending to shoot first and worry about proper procedure later. Their victims have often been black people who, as a community, have understandably protested. It’s a great topic for a film, no risk.

So along comes Queen & Slim, a supposedly hot-to-the-touch, middle-finger-to-authority film that is intended to give voice to the communal rage against police shootings.

Now, there have been many great examples where filmmakers have used cinema to stick it to the man – but this ain’t one of them.

Contrived to the point of caricature and arguably guilty of committing the very sins of misrepresentation and racial stereotyping it supposedly condemns, the film is one unholy mess of a message movie, sounding like a shrill appeal to white guilt and unspooling like a cheap blaxploitation version of Natural Born Killers.

The film begins sedately enough one evening in a diner where two Tinder daters, Slim (Daniel Kaluuya) and Queen (Jodie Turner-Smith), are not quite hitting it off. They decide to cut their losses and Slim offers to drive Queen home, which she accepts.

So there’s your inciting incident right there. Queen and Slim, two black people, minding their own business, in a car at night. What could possibly go wrong?

As the fickle finger of fate would have it, just about everything.

Their car gets pulled over by a cop. Not just any ordinary cop, mind, but by the most racist cop in movie history. First he gives Slim a hard time, then when Queen starts piping up in protest, he starts giving her a hard time.

Things go from bad to worse to ridiculous and pretty soon the cop is on the ground bleeding out from a gunshot wound while Queen and Slim are in the car with his gun.

That’s right. They flee the scene and are now on the run. No motive is provided. They just vamoose. Reminder note: Queen is supposed to be an attorney, a job that requires a fully functioning brain and an understanding of the law. Question: did she have a ring-in sit the exam for her?

They are now fugitives from the law. But what law? And whose law? Not a law that protects them from racist, trigger-happy patrol cops looking for black people to harass, that’s for sure.

As word quickly spreads of the incident via TV and social media Queen and Slim become instant heroes of the people. Ordinary citizens, fed up with oppression, watch out for them, helping them out and covering their tracks as the couple head to Florida.

As far as road movies go, Queen & Slim is a vehicle with four flat tyres and no sat nav.

Directed by first-timer Melina Matsoukas and written by Lena Waithe (from a story by her and controversial author James Frey – check out his Wikipedia page) the film has no narrative rhyme or reason. It tries to champion the plight of the oppressed but succeeds only in presenting a garbled, often dull tract about racial tension.

There are obvious parallels with Thelma & Louise but the film has much more in common with 2013’s Fruitvale Station, a terrible film that also made the pretense of examining issues of race while merely promoting the “them vs us” mantra.

Somewhere in its core Queen & Slim does – if you look hard enough – carry a cautionary message about violence, so it shouldn’t be denied credit for that.

Still, the film is rife with lame histrionics and implausibilities. The scenarios Queen and Slim find themselves in are so poorly directed, the dialogue they spout is so hard on the ear and their big finale is so downright silly that the film’s sense of self-importance makes it all too hard to swallow.

Oh, and by the way, Queen carries a bullet wound to the leg throughout the film. She was shot at point-blank range. That’s some constitution.

One imagines what terrific, believable films passionate, issue-driven directors such as Spike Lee, the late John Singleton or Oliver Stone might have fashioned from this material. Who knows? This dreck might have worked better as a comedy.

As it stands, however, Queen & Slim is a prime example of a film that wants so desperately to be taken seriously it is blinded to all those basic things needed to make a good movie.