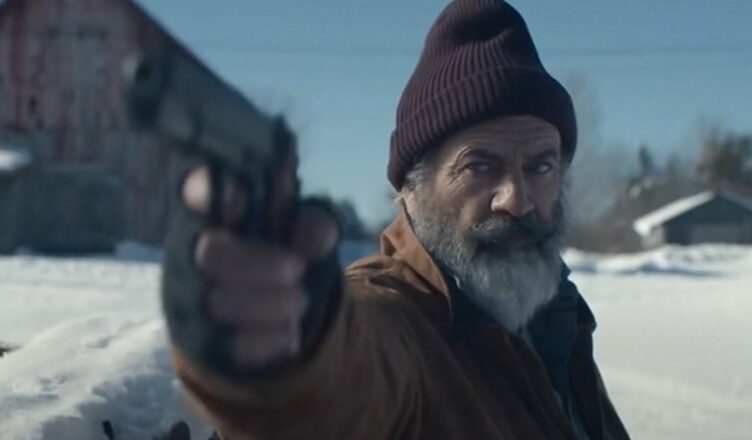 FATMAN *** (100 minutes) MA
So much for the magic of Christmas. On offer here for your dark delight is a sneering, violent black comedy in which Santa Claus is re-imagined as a gruff businessman trying to make ends meet in a world where the spirit of the season is wilting.

Primed for these cynical times, Fatman is the type of Christmas movie The Grinch would love. And if you don’t find that a strong recommendation, lucky you.

Santa, aka Chris Cringle, is played by Mel Gibson who, sporting a rigid salt-and-pepper beard, puts in one of those monotonal, world-weary tough guy performances familiar from his action movies. It suits the tone of the film perfectly.

Working hard with his wife Ruth (Marianne Jean-Baptiste) and his army of diminutive elves in his snow-covered toy-making compound, Chris is in financial trouble. His government subsidy has been cut to match the drop in people’s belief in him.

Consequently he is forced to consider accepting a lucrative military contract that would have him producing highly secret hardware in the post-Christmas period, complete with tight security and armed guards all over the workshop.

As if the bitter pill of compromise isn’t enough, Chris is a marked man. Hunting for his address is trigger-happy assassin Jonathan Miller (Walton Goggins from Quentin Tarantino’s Hateful Eight and Django Unchained) whose dream job has long been to meet Santa face-to-face and let him have one between the eyes.

Miller’s employer is Billy (Chance Hurstfield), a rich, disaffected brat seeking revenge for having been judged by Santa to be a sore loser in a school science contest. Billy is a kid who isn’t above a bit of torture as a means of persuading rivals to see things his way.

Written and directed by Eshom Nelms and Ian Nelms, there is no cute in the film, but plenty of bloodshed and murder as Miller tracks down his quarry with relentless zeal, racking up a huge body count in the process with no special favour reserved for elves. The hunt leads to an inevitable showdown that makes you realize exactly what Fatman essentially is – a Christmas film refracted and distorted to fit into the sub-genre of Mel Gibson action movies.

Indeed, a cynical way to consider such a cynical film is as a full-length movie version of a parody sketch imagining what a Christmas movie would look like if it was built around Mel Gibson in 1990s action movie mode.

The film has not been warmly received by critics or audiences. Still, it is a proficiently made, darkly enjoyable black comedy designed to comprehensively scratch that itch of mixed emotions most adults have about Christmas, and how the magic of the season fades as we age.

It is also something of a relief to hear one of Santa’s elves explain to a military officer how Santa’s workshop operates, that it is geared for maximum efficiency and a 24/7 work cycle with regular sleep breaks and a high-carb diet for its happy workers.

To behold such economic rationalism will sound like music to the ears of any real-life Grinch.