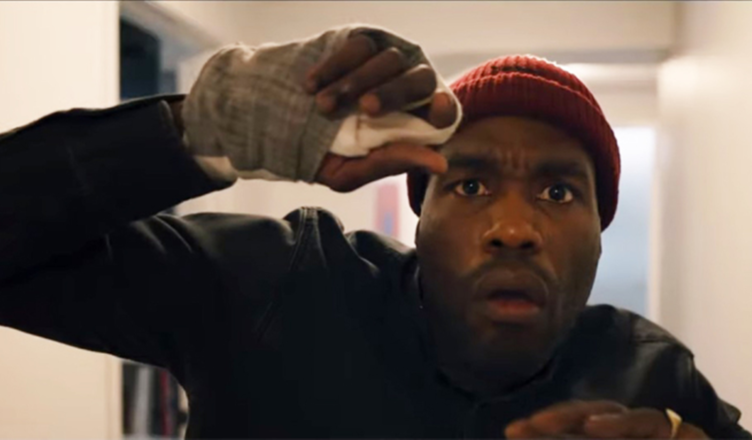 Something wicked this way comes: Yahya Abdul-Mateen II in ‘Candyman’.

CANDYMAN *** (90 minutes) MA
In the ever-rising tide of remakes, reboots, rehashes and sequels, Candyman washes up onto our screens as a stylishly mounted reworking of the 1992 classic – and it’s a bloody ripper, both figuratively and literally.

This you’ll learn – first with shock, then with a gruesome sense of anticipatory dread – each time the Candyman answers the call of those foolish enough to defy warnings not to summon him by staring in the mirror and saying his name five times.

That’s another thing you learn while taking in Nia DaCosta’s swishly directed, decidedly menacing sequel-of-sorts: warn somebody not to do something lest horrible things will happen to them, and – guess what? – they go right ahead and do it all the same. Where would horror films be without these people?

And they’d probably say “that’ll teach me” or some such quip if there was anything left of their throats, which is definitely not the case once the Candyman has paid his visit with the hook plugged into his amputated forearm.

It’s artist Anthony McCoy (Yahya Abdul-Mateen II, so good in The Trial of the Chicago 7) who gets the ball rolling in the classy, slash-happy horror thriller.

Eager for inspiration as an exhibition of his new works nears, he decides to venture into the remnants of a housing project to investigate the urban legend of the Candyman.

A politically conscious soul sensitive to gentrification and white privilege, McCoy is intrigued by the creature’s racially charged backstory, of how he was born from the fires of Chicago’s blighted history of race hatred.

Various people mess with the Candyman curse despite McCoy’s cautions and, to put it euphemistically, a good time is had by all. Well, almost all. (Pity the unseen cleaners who have to come in and mop up the aftermath of a Candyman encounter.)

Mashed in with all the screams, ominous music, creepy camerawork – there’s something unnerving about camera angles that look directly into mirrors without the camera in shot – and digitally enhanced fountains of arterial blood is some fairly unsubtle political messaging.

Director DaCosta, who co-wrote the film with producers Jordan Peele (Get Out) and Win Rosenfeld, casts the Candyman as an agenda-driven revenge creature from Hell, destined to wreak havoc on white people, especially white cops who shoot black people. Fans of Black Lives Matter will eat it up.

At the end of the film’s credit crawl there’s even an invitation to visit certain websites if you want to heed the film’s call to fight for racial justice.

Nothing wrong or unusual with any of that. Horror films have long been studded with social and political meaning, both overtly and covertly.

The horror films of the 1950s are famous for their encrypted portrayals of the Hollywood blacklist, the Cold War, and so forth while George A Romero’s Living Dead zombie films are seen as social critiques. Even Eli Roth claims his Hostel horror shows are embedded with meanings designed to be unlocked on repeat viewings.

The key thing is that whatever message or commentary is piped into a horror film, it’s important that it doesn’t get in the way of what matters, which is the screaming, the ominous music, the creepy camerawork and the digitally enhanced fountains of arterial blood.

Oh, and bees. Lot of bees. If you suffer from melissophobia, brace yourself.

That’s the great thing about the conventions of genre – filmmakers are free to imbue and embed whatever message or meaning they like into their horror scenarios, provided that the piece does its job in delivering the scares.

On that score, Candyman does its job with great aplomb, never losing sight of its primary duty to us.