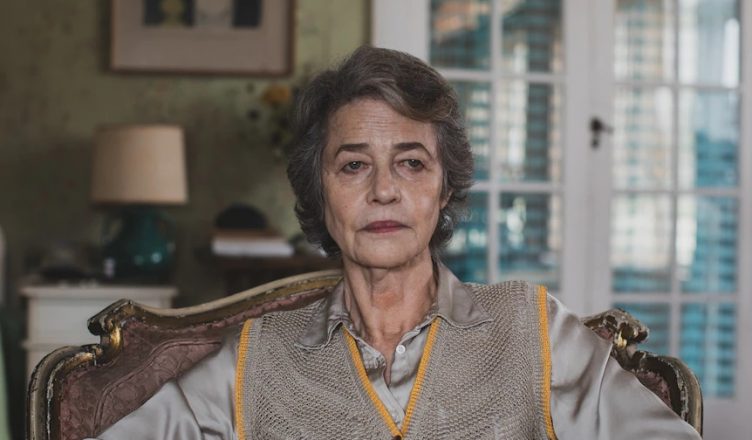 JUNIPER **1/2 (93 minutes) M
Troubled at school, emotionally distant from his dad and still grieving over the koss of his mother, the last thing teenager Sam (George Ferrier) needs is some old bat to look after.

Yet still she comes, courtesy of his dad Robert (Marton Csokas) who deposits his wheelchair-bound mother Ruth (Charlotte Rampling) into their rural New Zealand house.

Withered, creaky and full of snark, Ruth has the personality of razor wire and a love for gin so deep she literally downs the stuff a bottle at a time. And she knows when she’s being short poured.

As expected, Ruth and Sam initially get on like two wet cats, spitting bile at each other so avidly it;s a wonder Sam doesn’t wheel her out imnto a paddock and leave her there.

But of course, once the tension breaks and they begin to converse their relationship slowly warms as Sam sees beyond her barbs, learning how she was a war photographer and recognizing her desire to connect one last time before she checks out.

It’s a prime example of a glowing central performance that breathes life into a modest story could so easily have fallen flat.