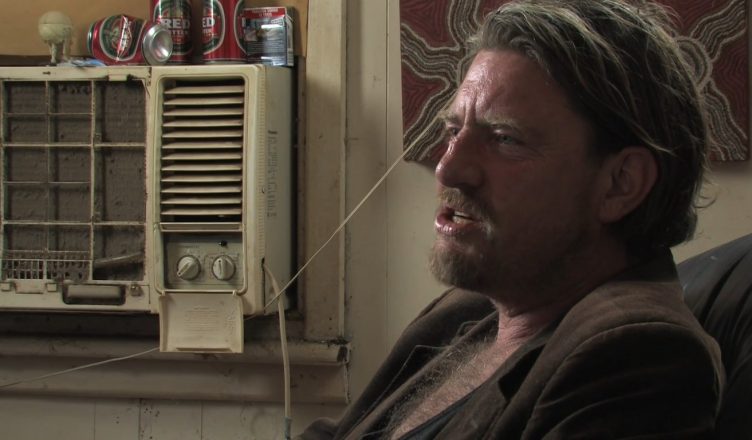 Man of art: Sculptor Leigh Conkie reflects in his life in the documentary ‘Leigh’.

Ryan Gaskett’s Leigh is a compelling, warts-and-all journey into the eccentric life of Dandenong sculptor Leigh Conkie, a man with an extraordinary talent for reshaping lumps of wood into art using power tools such as chainsaws and orbital sanders.

With what appears to be unfettered access to Conkie and his close friends, the film explores the noble attempt by this instantly likeable, deeply flawed gent to traverse a very steep road to personal and artistic redemption.

Troubled by gout, a serious drinking problem and deep-set childhood memories of abuse by a school teacher, Gaskett captures Conkie’s valiant efforts to clean himself up and get himself together, his aim being to scale Mount Fuji in
Japan.

Part of his struggle involves long-held self-criticism about the value and validity of his work, distinguishing between what makes moneyh and what makes him feel like an artist with something to contribute to the public discourse.

It’s an extremely well-directed, powerful look into a fascinating character whose tough, ocker exterior of party-hard Aussie masculinity is slowly peeled back to expose a wounded soul that is as fortitudinous as it is fragile.
For more info go here.

In the harrowing Remember Belsen director Frank Shields provides the full, ghastly story of the horrific Belsen concentration camp, from its inception to its fiery, typhus-ridden demise.

As a visual record, the film includes some staggering footage, including testimonials taken soon after the camp’s liberation as captured Nazis speak casually in front of piles of corpses and British servicemen struggle to find the words to convey what they have seen.

Along with archival images – still staggering to behold some 80 years on – and survivor interviews, Shields emphasizes the confronting work of war artists, including Australian Alan Moore, whose near-impossible task was to capture the extent of the Nazi slaughter.

Though the film is replete with images of corpses lining burial pits and lying in piles strewn across the camp grounds you never become inured to the systematic inhumanity they represent. In one disturbing segment, archival footage illustrates a point made by the elderly Moore of how the corpses appeared to take on life-like movement when being dumped into mass graves.

The matter-of-fact style of the film, reflected in the narration by Tony Barry, aptly counterpoints the sheer scale of the horrors described.

Yet, amidst all the graphic, heart-puncturing images of the death, disease and inhumanity at Belsen, perhaps the most striking and disturbing of all are those of the captured men and women responsible for inflicting the nightmare, something they often did with brutal enthusiasm.

With the camera in their faces as captions state the date of their impending execution, it’s a salient and timely reminder of just how banal real monsters look.