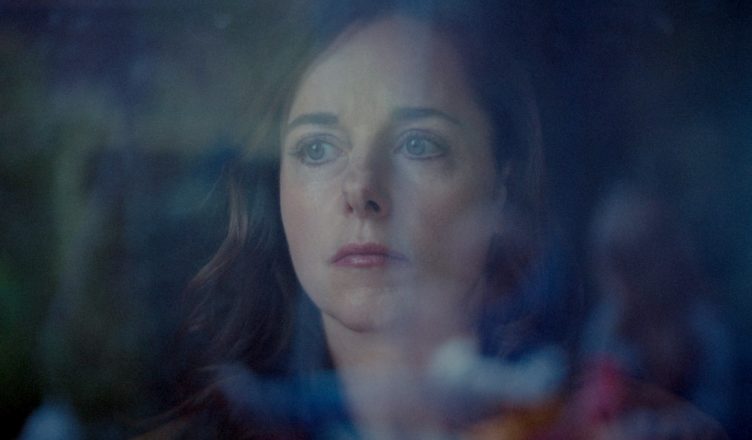 No time: Laure Calamy plays a woman suffering the stresses of daily life in ‘Full Time’.

FULL TIME **** (88 minutes; subtitled) M
Anybody who has trouble relating to the day-to-day pressures faced by the central character in the excellent French drama Full Time should consider themselves lucky indeed.

Clearly taking its cue from the social-realist films of Mike Leigh and Ken Loach, Full Time drops us into the harried, tail-chasing life of Julie (Laure Calamy), a financially strapped, super-stressed single mother whose endless efforts to keep her head above water see her facing unrelenting pressures on every front.

In order to hold down her job as head housekeeper at a plush Parisian hotel Julie must arrange care for her kids before trekking into the city.

Alas, a transport strike has thrown yet another spanner in the works, the others being late alimony payments, complaints from her boss and a dire quest for a better-paying gig that recognizes her management qualifications.

In capturing the withering spirit of a woman for whom each day is yet another turn of the screw Calamy vividly embodies Julie’s mounting desperation as her ever-tightening circumstances eat away at her hopes for stability and security.

It is a remarkable performance in a timely film about an ordinary person coping with the everyday strain involved with simply getting by in a world that seems unceasingly hostile and, worse, indifferent.

PRESS PLAY *** (85 minutes) PG
It’s time-travel time again and given how over-used a device it has become – thanks largely to Back to the Future – a refreshing take is on show in Press Play, a romantic drama that uses time travel as a means to redress loss.

After losing her potential life partner Harrison (Lewis Oullman) in a tragic accident Laura (Clara Rugaard) discovers that listening to songs on the mix tape he made for her flings her back to the cherished time when they first heard the song together.

Good thing is that she can try and alter events and so reclaim the life she was planning to have.
Bad thing, as we all know by now – thanks again, Back to the Future – is that messing with alternate realities on the space-time continuum is not only a hassle, it can do your head and your heart in.

Anchored by a very good performance from Rugaard (a largely unknown Danish actress), who works hard to sell the concept, the film manages to push past the obvious paradoxes of time travel and arrive at an emotionally satisfying end point that makes sense.

Well-directed by first-timer Greg Björkman and starring Danny Glover in strong support, the film is a pleasant, pleasingly brief romantic ride that, like so many other films, celebrates the love of music in its pre-digital form.

It seems the nostalgia for record players, cassettes, vinyl albums and portable tape players is getting ever stronger, yet more proof that digital technology, for all its wonders, isn’t very cinematically attractive.

THE REEF: STALKED *** (93 minutes) M
After a tragic loss four young women go on a kayaking adventure intended to soothe their wounded souls, only to be bothered by a large hungry shark. Yes, it’s essentially Jaws vs Girls, but the inevitable attacks and bouts of screaming are presaged by some pretty tense direction from Andrew Traucki. Good editing and VFX blend footage of real sharks with the lasses as they flail about on their stricken vessels. No great shakes, but does what it promises on the poster. Good photography, including some impressive aerial shots.

THE FORGIVEN **1/2 (117 minutes) MA
Cultures clash on the high sands of Morocco as two wealthy socialites kill a teenage boy while driving at night to a swish party at their friend’s remote palatial home.

Nestled far from anywhere, the false security of seclusion quickly dissolves as Jo (Jessica Chastain) and David (Ralph Fiennes) explain to their hedonistic hosts Richard (Matt Smith) and Dally (Caleb Landry Jones) what happened on the way to dinner.

Still, there is comfort in the fact that the local cops value the silencing power of money and that the locals can also be a forgiving lot if the price is right. But can the dead lad’s family be won over?

An intriguing premise gunned by strong performances from Chastain and Fiennes, the story dives into contemplations over conscience, class and wealth as the perpetrators work through their off-centre reactions to the accident, and the possible consequences as word gets out. Only it takes its own sweet time, with early tension gradually giving way to a meandering narrative.

The film comes from writer/director John Michael McDonagh, adapting the 2012 Lawrence Osborne novel. He also gave us The Guard, Calvary and War on Everyone.

Alas, The Forgiven is a less accomplished work that grows flaccid, taking a long and winding road that ultimately doesn’t add up to all that much – or at least, all that much that you can’t see coming several miles away.