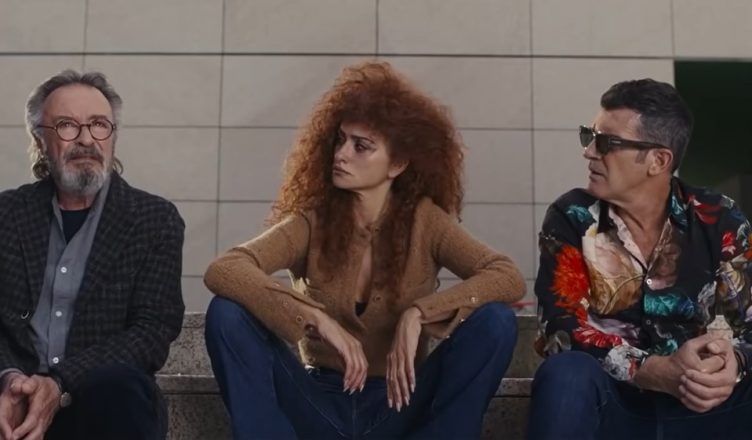 OFFICIAL COMPETITION ***1/2 (114 minutes; subtitled) M
Perhaps there ought to be more movie directors like the one Penélope Cruz plays in the cutting movie-making satire Official Competition, at least when it comes to containing the out-sized egos of A-list actors who truly believe their posteriors are the source of all sunshine.

With her hair sprouting about like a mass of coiled springs, Cruz plays Lola Cuevas, an acclaimed director trying to get the best out of her two lead actors Félix Rivero (Antonio Banderas) and Iván Torres (Oscar Martínez).

She’s deep in rehearsal for a film that is aiming for greatness, bankrolled by wealthy businessman Humberto Suáreza (José Luis Gómez) who wants to leave behind something deep and beautiful. He’s also bought the rights to a famous novel which Cuevas adores and lovingly adapts.

Yet having invested heavily into the passion project, she discovers her personally selected leading men have the chemistry of oil and water. Torres is a refined method actor while Rivero is more populist and award-seeking in his approach. And both have egos so big they’re gumming up the creative process.

So, in an exercise of ego management that would make proud any Buddhist monk, Cuevas renders her precious stars immobile in a theatre and performs an act of psychological torture with the aid of an industrial crusher.

As far as show business satire goes, there’s nothing all that new on offer here as the men battle it out in a cavernous rehearsal space while trying to side-step the hammer falls of their director’s thumb.

What makes the satire sing are the finely etched lead performances, which never default to caricature, with Cruz being especially convincing as she tries reprocessing the conflicting emotions and contrasting approaches of her beloved stars into art.

Subtly directed with minimalist flair by Gaston Duprat and Mariano Cohn, who make crafty, ironic use of the film’s large empty spaces that feel nonetheless congested by fiery exchanges, Official Competition is clever and wily rather than being outright funny.

While the film pokes fun at the pretensions of filmmaking, it careful to keep matters grounded; the shenanigans might be heightened for comic purposes but they feel real enough so that when things go to extremes they hit home.

The payoff comes in the remarkable final 15 minutes as the film skilfully upshifts its satire into pitch-black comedy.