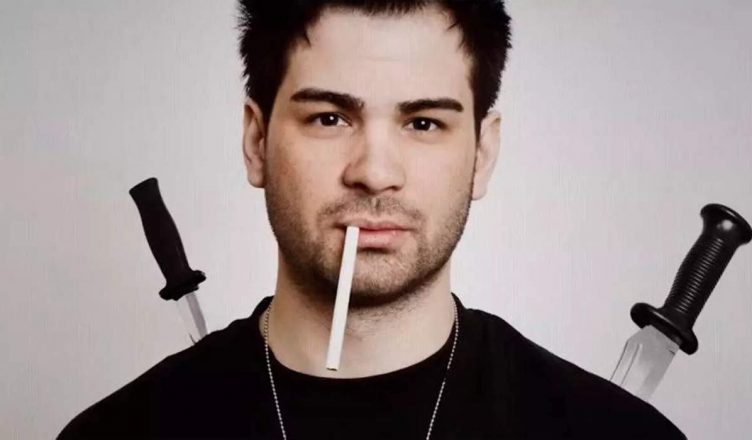 Supreme sleaze: Hunter Moore, the titular character of ‘The Most Hated Man on the Internet’.

THE MOST HATED MAN ON THE INTERNET ***1/2 (three episodes; 159 minutes) MA
whole series review
If there’s one thing we can never get enough of it’s cautionary tales about the opportunistic, conscience-free lowlifes who live and thrive on the internet and those victims brave enough to gird their loins, draw a line in cyberspace and declare “now it’s your turn to be scared”.

Her quest required locking horns with the site’s party-hard peddler Hunter Moore, a gent whose taste for depravity and exploitation of the innocent and the stupid puts him in league with some of the biggest, most ego-driven sleazebags yet spawned by the web.

With her requests to get the images removed proving frustrating and fruitless it was, ironically, the intervention of Laws’ attorney husband, who had initially (and regretfully) shunned any involvement, who got the ball rolling.

A curt phone call to Moore’s legal guy and the serious threat of legal action over clear copyright violation got the ball rolling.

Yet resolution for her daughter left Laws with the burden of all the other victims she had contacted over the site and Moore’s utter indifference to their pleas for their pictures to be taken down.

Upscaling her quest to a crusade, her dogged pursuit of Moore chipped away at his powerful delusion of invincibility, sparking widespread media coverage and condemnation, understandable outrage over the site’s operation and, ultimately, a thorough, hard-target investigation by the FBI that saw Is Anyone Up? shut down in 2012, with Moore being convicted and sent to prison.

For all the attacks on him, Moore held sway over a huge army of followers, ever-ready to instantly swarm his detractors with abuse and threats of violence. These were the people who volunteered videos to the site, often of vile acts performed at Moore’s behest that challenged others to do likewise.

Hence, there are some disgusting images early on – that should have been pixilated – demonstrating what a purveyor of filth Moore was and how the power he wielded over his fans, with whom he often partied, unplugged any sense of conscience.

As we saw in The Tinder Swindler, internet villains possess an uncanny power that can impel people to new depths of human stupidity. The series features the case study of “Butthole Girl”, a desperate young woman whose submission to Moore’s whims almost redefines the term.

Sitting calmly on the edge of her bed, she seems aware of her idiocy as she explains what she did and, most astonishingly, why she did it. You’ll struggle to believe what you are hearing.

It’s one of the many moments in The Most Hated Man on the Internet that will have your jaw on the floor.

As harrowing an exposé as it is, the over-arching message embedded in the latest – though surely not the last – cautionary tale about life online is the old one about never putting anything online that you’re not prepared to share with the world.

As for Charlotte Laws and her ever-thankful daughter, the series serves as an all-too-timely reminder to always think first before hitting send and, most emphatically, to keep any private, intimate photos of yourself to yourself.

Because you never know who’s looking.