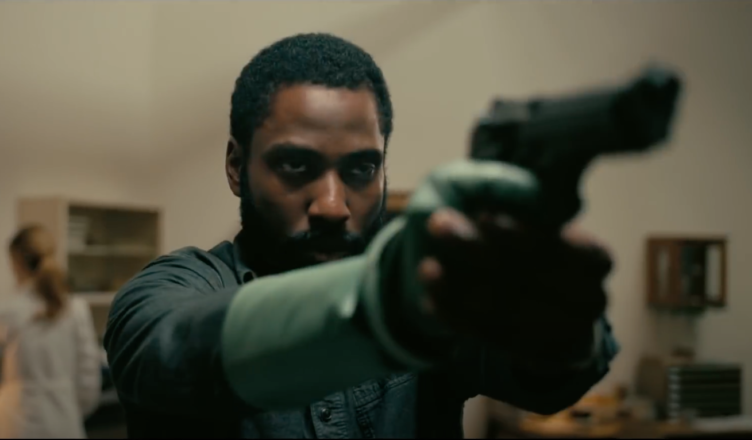 TENET *** (150 minutes) M
After waiting out the coronavirus Christopher Nolan’s time-twisting thriller film finally hits Victorian cinemas. So, after all the hype and hoopla and heralding Tenet as the film that will “bring the masses back to the multiplexes”, is it actually any good?

Several attempts are made in the film to explain the concept, but they fail. Even the characters scratch their heads trying to figure things out as they discuss timelines and the “grandfather paradox”, which posits that if you travel back in time and kill your grandfather at a young age, that your existence becomes impossible, even though you exist. Or something like that.

All this tangled exposition turns out to be an unwitting tribute to the brilliance of the Back to the Future trilogy, which explained the intricacies of time travel with great clarity and coherence while managing to deliver three film’s worth of comedy.

We love and respect Nolan for many reasons. He proved with the Dark Knight trilogy that movies based on comic book heroes could be made for adults. He gave us Dunkirk, the most successful film ever about World War Two.

With Inception he explored inner space and with Interstellar he explored inner and outer space simultaneously. He is devoted to traditional film over digital, is a master of the IMAX format and prefers staging spectacular set-pieces practically rather than with visual effects.

To be honest, though, Nolan never really gets his head around the idea here. He’s out-clevered himself. The film is confusing and full of contradictions.

For instance, warning is given that if you see yourself through a time rift, annihilation will occur. Yet it happens all the time in the film. Also, late in the proceedings, some kind of rotating time-travelling gateway is introduced without explanation.

Also left for us to work out is how something or someone that has been “inverted” affects the space-time around them. It’s a mess.

Pressing against all this is the watery story that has globe-threatening Russian super-villain Sator (Kenneth Branagh with fruity accent) obsessed with getting back with his former wife Kat (Australian actress Elizabeth Debicki), while contending with the film’s heroes (John David Washington and Robert Pattinson, who has moved several light years beyond his Twilight days). It’s very clunky.

With all that said, it can’t be denied that Tenet contains some truly impressive stand-alone sequences.

Though the “inversion” concept doesn’t quite make sense, enough of it gets through so that you understand when events are moving forwards and backwards in time simultaneously. Some sequences also play out in full from different time perspectives, and they’re quite exciting.

It’s an admittedly odd experience. You sort of get what’s happening in a particular scene, even if the overall story doesn’t coalesce. It’s a case of the whole being less than the sum of its parts.

One thing in Tenet you’re bound to admire is how strictly Nolan sticks to his modus operandi when orchestrating giant set pieces.

For instance, should a scene require the commandeering and retasking of a giant cargo jet, you know from the spectacle unfolding before you that Nolan isn’t using digital animation or miniatures. That’s a real jet he’s doing that to.

It’s truly eye-popping, and just enough to keep faith in Nolan in the face of the film’s many shortcomings.